A boater found a floating Loggerhead Sea Turtle north of the Seven Mile Bridge. Turtle Hospital staff were taken out from the CG Marathon Station (just down the highway from the Turtle Hospital). Coast Guard crew quickly arrived to the location and helped bring Lindsly, a sub adult Loggerhead aboard. Back at Marathon Station, Coast Guard crew moved the turtle into the ambulance. 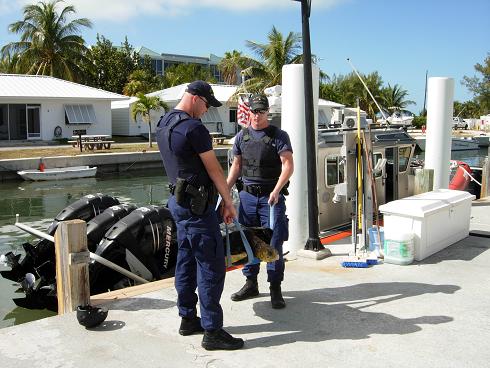 While in the hospital, working up Lindsly, another call came in from a boater, seven miles north of Marathon, with a floating Loggerhead. After pursuing any other option for rescue, the Coast Guard was contacted and agreed to transport Turtle Hospital staff to the location. Once more, the crew helped net and lift the large sub adult turtle into the boat. Ramirez was moved into the ambulance and transported back to the hospital. 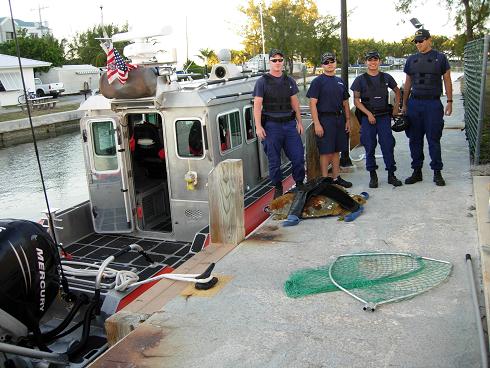 Lindsly did not make it. She was very emaciated and weak upon arrival and even with oxygen and atropine, could not be stabilized. Necropsy found that the turtle had gone without food for so long, the muscles and organs had started breaking down. 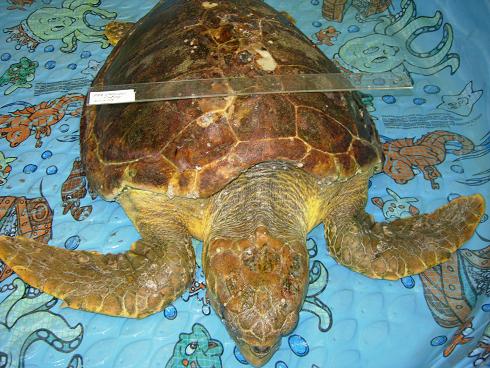 Ramirez was found to be covered in leeches. After several fresh water baths (which kills the leeches) and many hours by staff with tweezers, the turtle was able to be moved into a tank. Leechy (as Ramirez is now nick named) is active, alert and already eating offered squid. 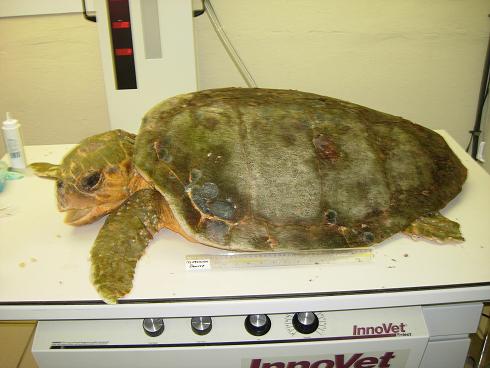