As The Turtle Hospital staff loaded up our largest patient for release–a 375 pound female green–a call came in about a much smaller patient we were about to receive–a golf ball sized loggerhead hatchling.

Farley was released two miles offshore from a commercial lobster and crab trap boat, a crab trap being the very thing that brought her to us.  Her right front flipper had to be
amputated due to the entanglement. Talk about going full circle.  The irony of the story did, in fact, make Farley’s release even more meaningful.  Bill Kelly, president of the commercial fishing industry in the Keys, rode alongside the big boat in a smaller vessel, complete with a camera crew.  Farley will become the “poster child” for trap and angler interaction in the Florida Keys as Mr. Kelly plans to produce a press release encouraging commercial fishermen to be vigilant and concerned about conserving marine life at large. 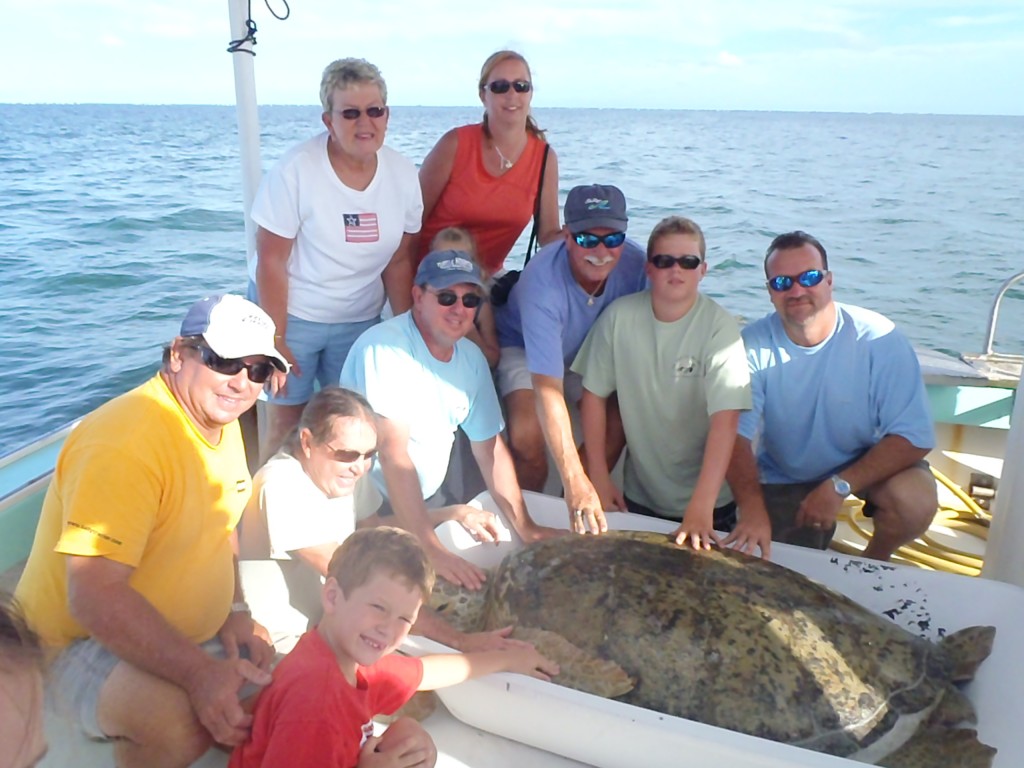 Farley surrounded by her four-man rescue team, The Turtle Hospital founder, members of the Zinsmeister rescue family and family of the lobster boat owner. What a send-off!

Farley’s rescue family, including three generations of the four man rescue team, drove all the way down from Winter Haven, FL to be part of the release.  Jan Zinsmeister wishes she
would have been on the boat the day Farley was spotted, noting that this release would be something she would never forget.  She also remarked that she wouldn’t have let
her 12-year-old son (and one of the rescuers), Zach, miss this opportunity.  His five-year-old sister even rearranged her birthday plans, canceling a celebration back home so that
they could all witness this happy ending. 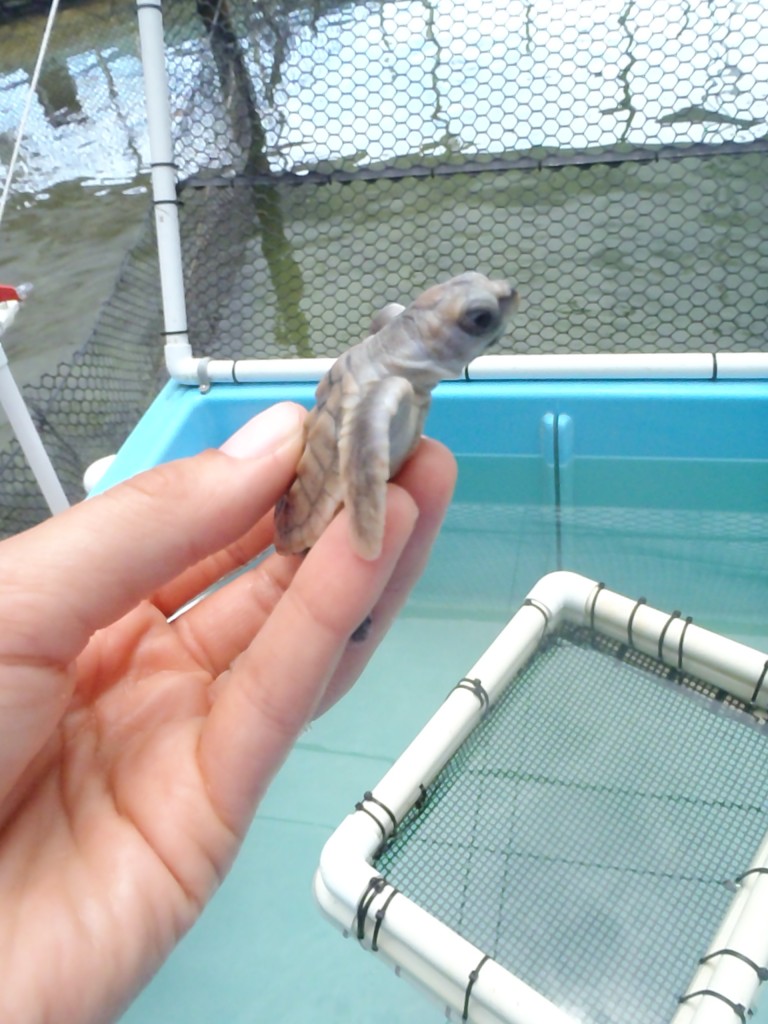 Upon returning to The Turtle Hospital, staff welcomed our first hatchling of the season.  This lone loggerhead was picked up by FWC on their weekly patrolling in the Marquesas
Keys during nesting season.  Of the 87 eggs in this nest, 83 made it to the sea successfully, three did not hatch and one found its way to us.  Due to the isolation of the Marquesas, these hatchlings do not have to deal with light pollution, beach debris or coastal development that might interrupt their journey to the sea.  Our newest patient
likely had trouble getting around a root, using up too much energy in the process.  Hopefully, we’ll send thelittle loggerhead back to sea once it’s eating on its own!