The Turtle Hospital responded to a call from a resident of Ocean Resort on Long Key who reported seeing a number of hatchling turtles in the road (US1) the previous night. Staff picked up 4 Loggerhead hatchlings from the resident and received the location information. 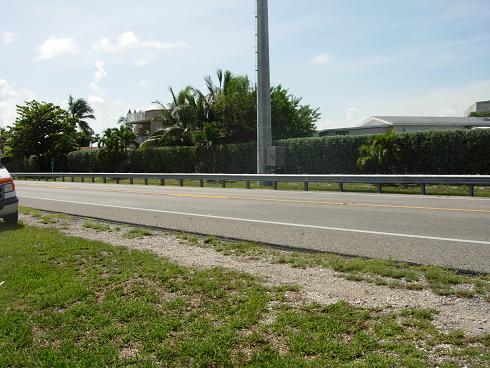 At mile marker 66 (West end of Long Key), twenty hatchlings were found that had been run over by cars.

As the scene was being documented, the resort day watchman found another live hatchling and the night watch man stopped by to report that someone had picked up and released approximately 20 to 30 hatchlings they collected from the roadway (the previous night). The nest was located (another live hatchling found during inventory) and a probable light source that caused the disorientation was identified. (Lighting in the area of a hatching nest can cause the emerging turtles to head towards the light instead of the ocean). All hatchling disorientations are documented to the FWC and problems with light sources visible from nesting beaches, are turned over to City or County code enforcement for correction. 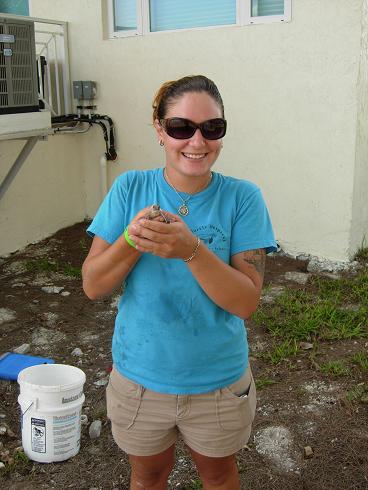 Turtle Hospital staff Tara Vickrey with one of the lucky hatchlings.