Richie Moretti, founder and director of The Turtle Hospital, recently received the prestigious IFAW Animal Action Award. The award, given on behalf of the International Fund for Animal Welfare (IFAW), was presented to Mr. Moretti on October 4th, 2007, in Santa Monica, California. The award is granted to animal advocates who passionately work to protect animals and their habitats. Since the hospital’s inception in 1986, Mr. Moretti’s diligent work has resulted in over 1000 sea turtles successfully rehabilitated and released back into the wild.

In addition to the award itself, Mr. Moretti and The Turtle Hospital were featured on the television show Animal Rescue hosted by Alex Paen on Animal Planet Network.

We, the staff at The Turtle Hospital, would like to congratulate Richie, and thank you, the public, for helping to make his dream a reality. 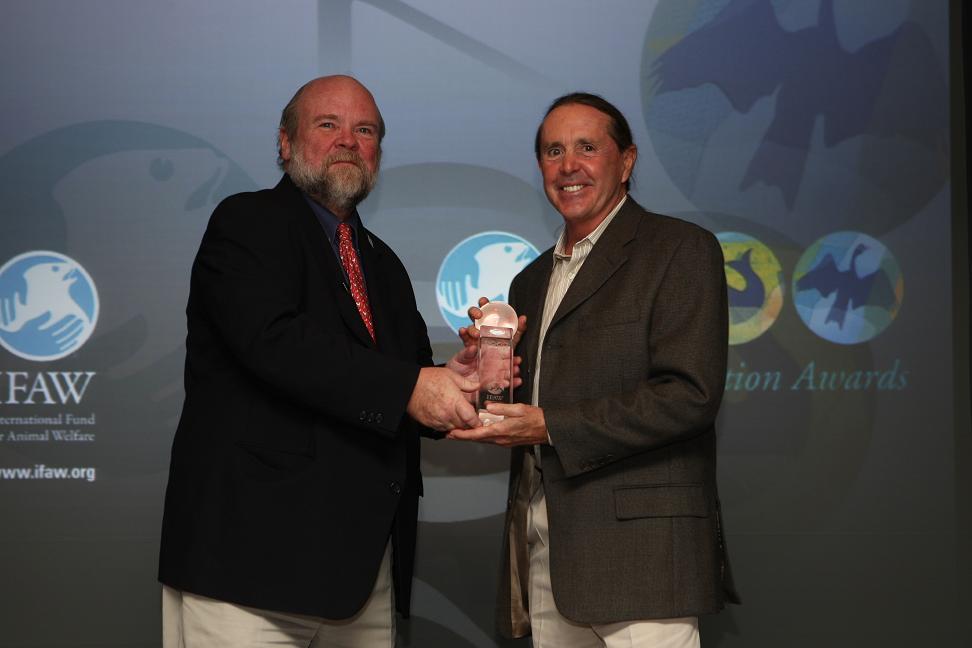