A juvenile Green nicknamed Mallory was rescued in April 2012 off of Mallory Square in Key West with Fibropapilloma tumors. After over a year of rehabilitation, which included laser surgery, antibiotics, and wound care, she was cleaned up and ready to go! 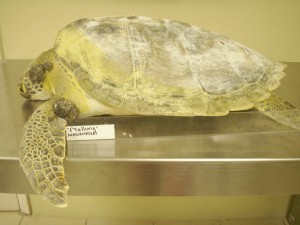 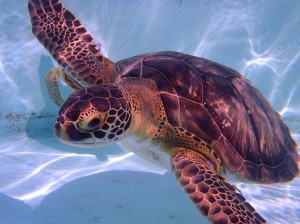 Mallory was released on June 21, 2013, the 500th anniversary of Ponce de Leon’s discovery of the seven islands, known as the Dry Tortugas, located 70 miles west of Key West. The young turtle was released from the Yankee Freedom Ferry, just outside The Dry Tortugas National Park, and was one of the highlights of the celebration! 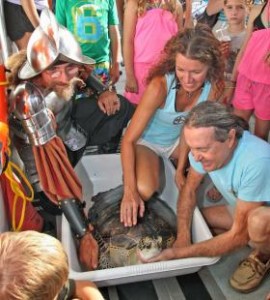 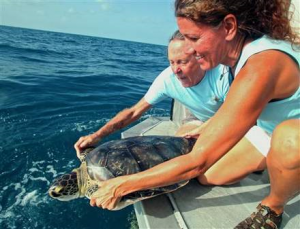