After just about 5 months of rehab at The Turtle Hospital, Stella a 200lb adult female Green sea turtle, was released back to the wild! Suffering from a lung infection which forced her to float, Stella was unable to submerge herself upon arrival on August 8, 2012. Stella had a piece of her beak chipped, a bite mark in a rear flipper, and was missing her right front flipper due to entanglement. 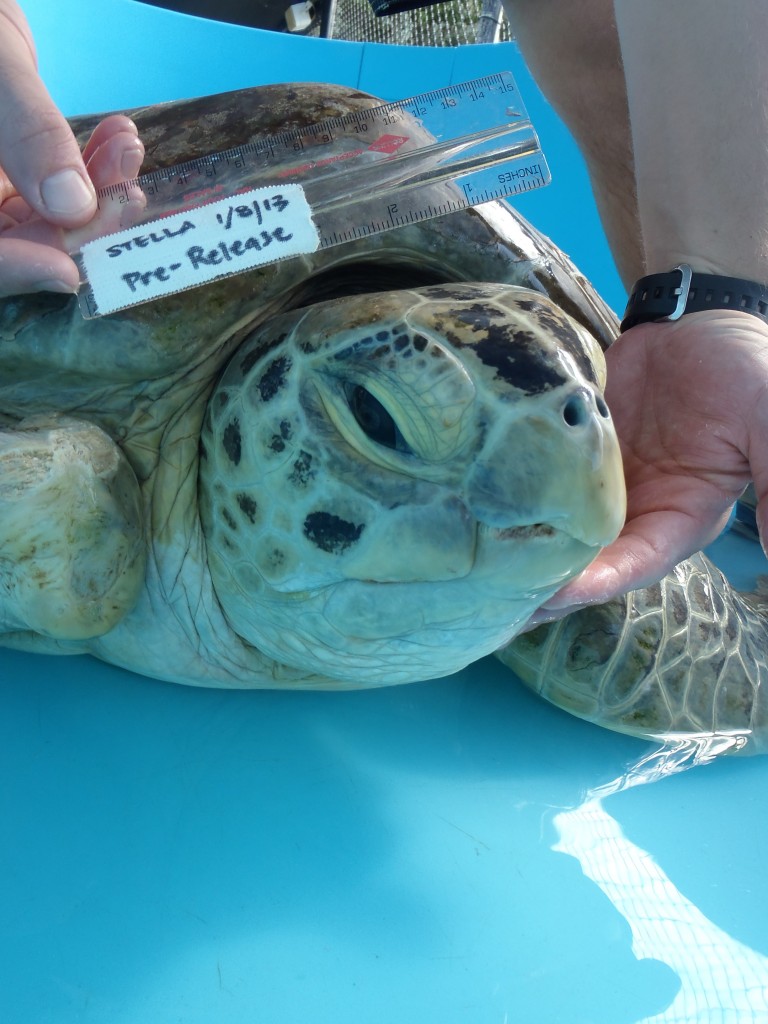 Stella quickly became one of the most beloved turtles at the hospital due to her quirky behavior. It was bittersweet for staff to say goodbye to her. After gaining over 30 pounds and being treated with antibiotics, we knew she was ready to go. Stella, being the star that she is, was filmed for her release by the U.S. Coast Guard for their show to air on the Weather Channel in the future. 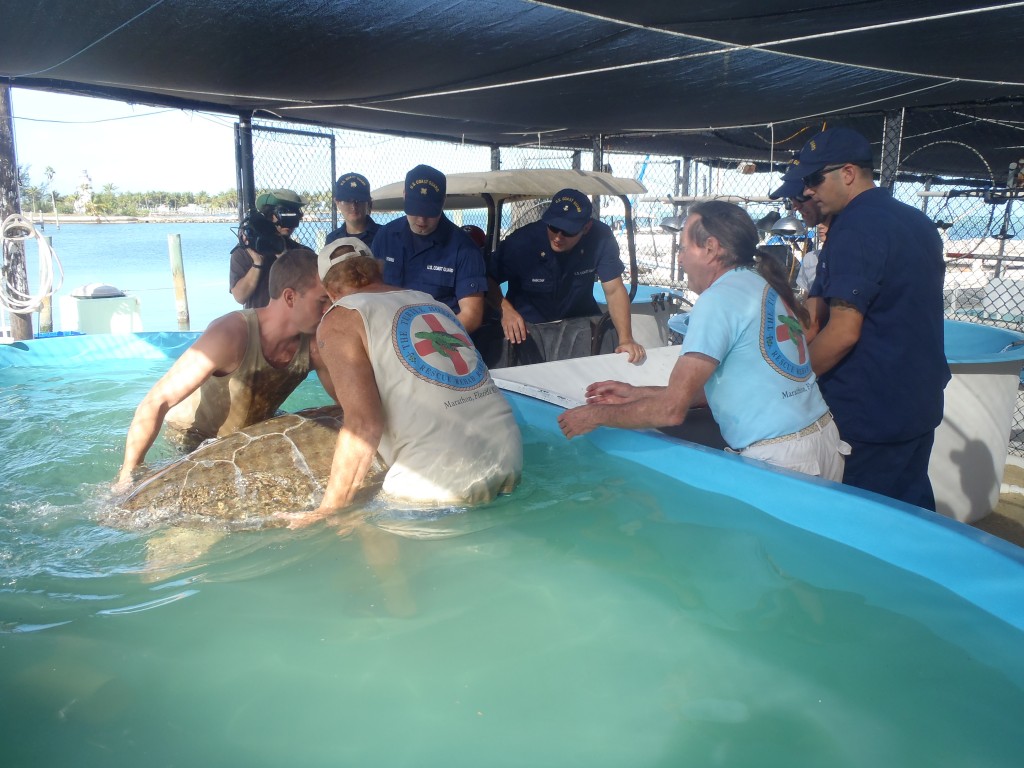 Rehabbers Matt and Jim pass Stella into her rescue tub with help from Richie and members of the U.S. Coast Guard

We were lucky to have so many helping hands and a free boat ride for Stella out to the peaceful everglades for her release. Thanks to lots of hard work and the help of many, Stella is back at sea where she belongs! 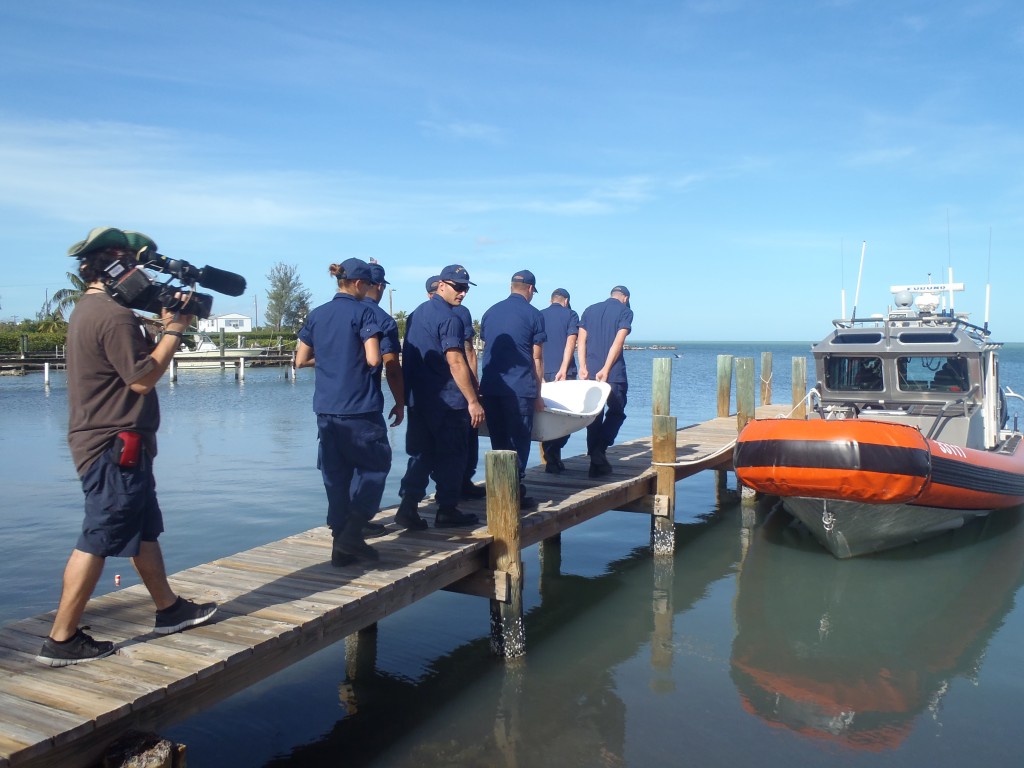