Tour de Turtles is a mock race through the Sea Turtle Conservancy. We release a sea turtle with a GPS tracker and see how far they go. You can go online and track our sea turtle at www.tourdeturtles.org. Our candidate this year is Argus.

In July 2017, our Juvenile Green Sea Turtle named Argus was released from a local beach here in Marathon, Florida after being rehabilitated for twelve months at The Turtle Hospital. She was rescued nearby with debilitating fibropapilloma tumors that grow as a result of poor water quality. These tumors make it difficult for sea turtles to eat, swim and are overwhelming to their slow systems. 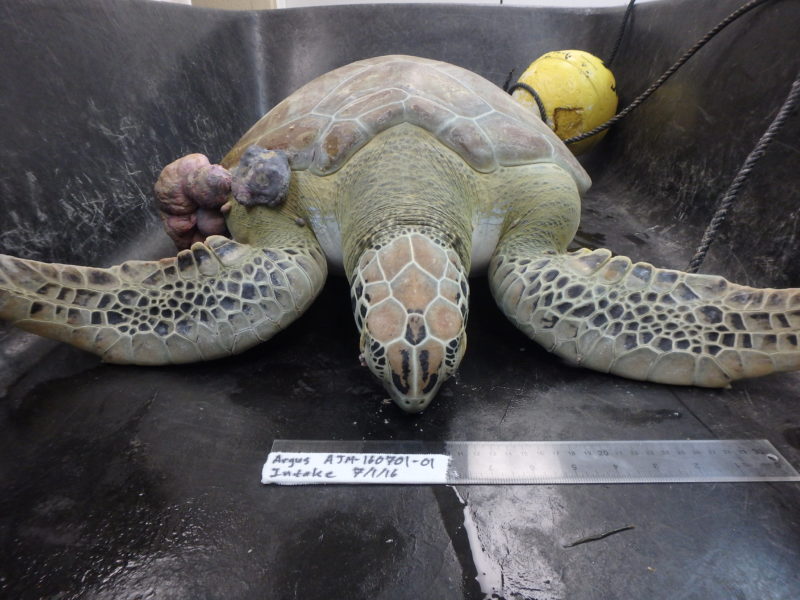 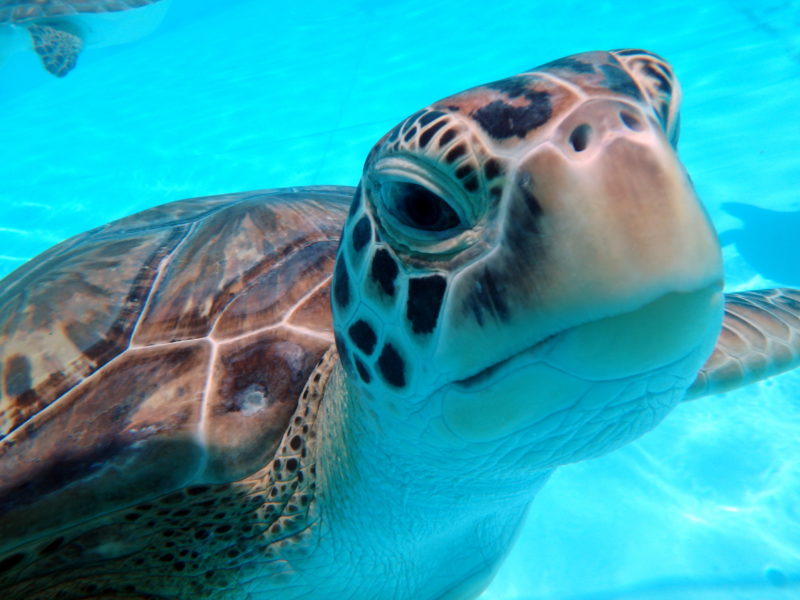 After healing from tumor removal, she was ready to return to the ocean with a revived immune system and no threat of recurring tumors. Argus was fitted with identification tags and a GPS tracker as part of Tour de Turtles. This allows us to track her and see where she goes. 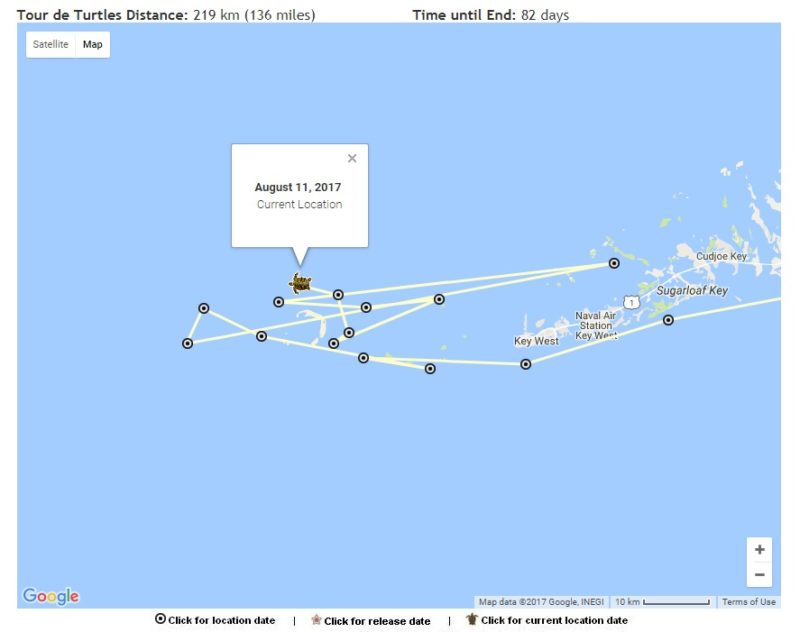 Because a majority of the sea turtles sponsored on Tour de Turtles are nesting females, Argus is an unique case. She is younger than the other turtles, being only a juvenile. As well as being a rehabilitated sea turtle. It will be interesting to see where she goes, especially in relation to everyone else and the turtles we have released in past years.

In 2014 and 2015, we released 2 loggerhead sea turtles, Pine Tyme and Aaron. They didn’t go very far out of the Florida Keys. 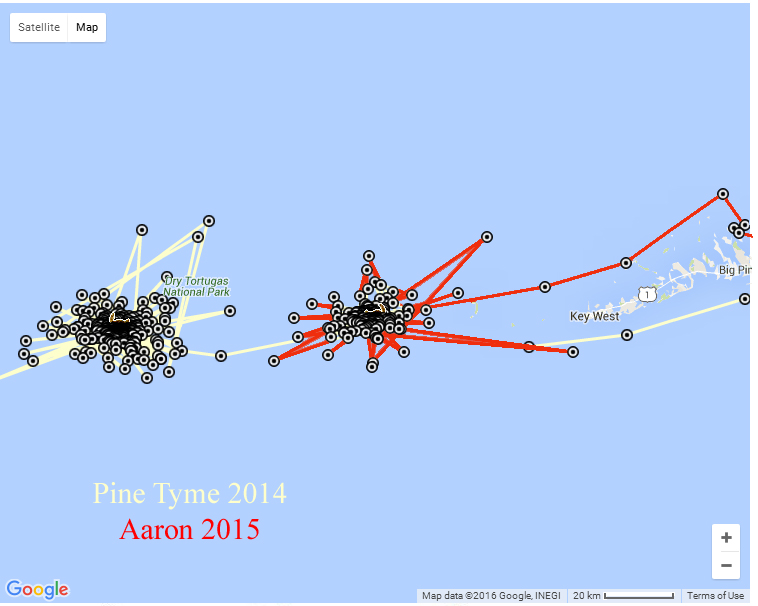 Last year, we released Fleming, another juvenile green sea turtle. While we had high hopes that she would venture farther, unfortunately she came in last place in the race! 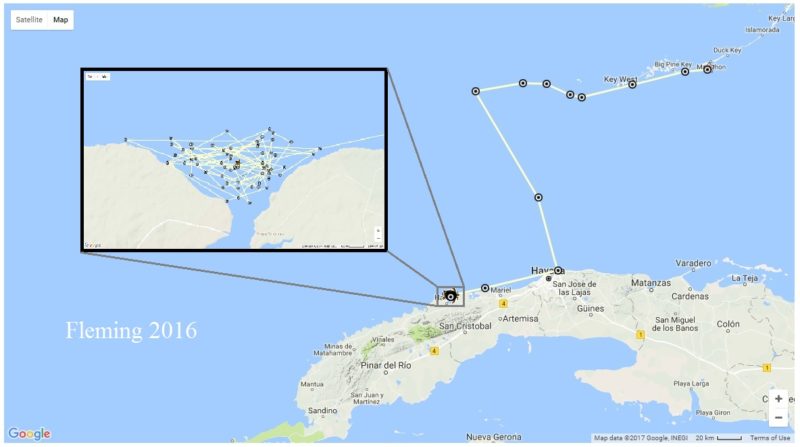 Please join us in tracking Argus as she makes her journey through the ocean helping us to raise awareness about the threats of poor water quality affecting many of our oceans marine organisms. You can track her online at www.tourdeturtles.org.