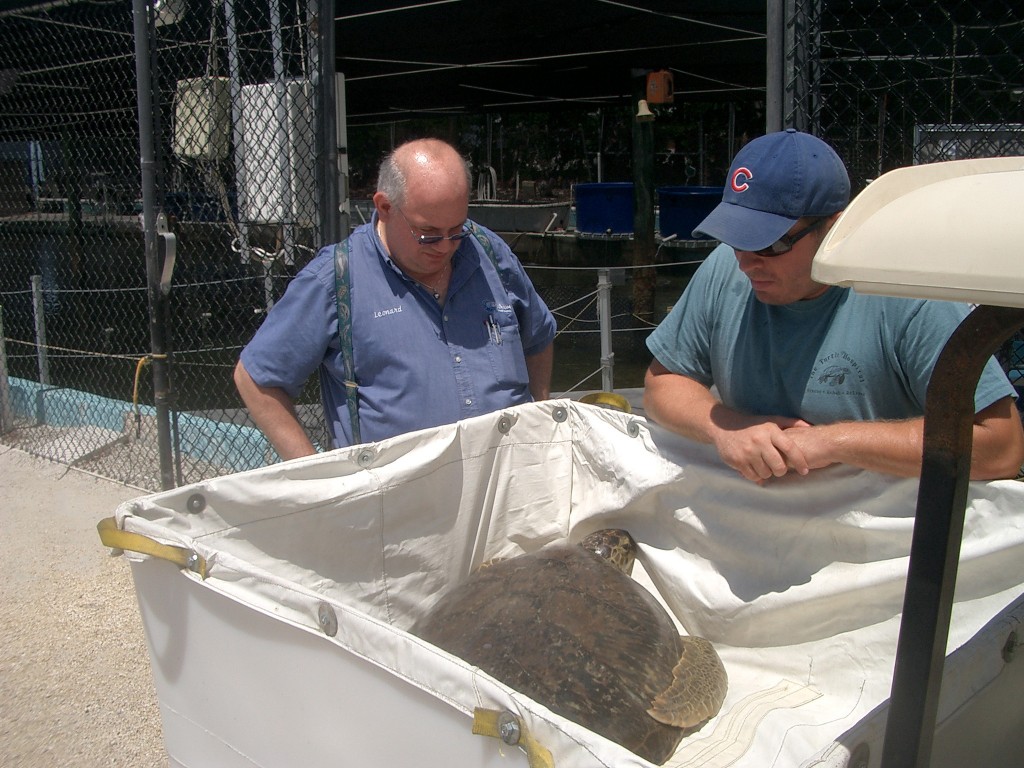 On Tuesday May 25, 2010 almost 3 years after being admitted to the Turtle Hospital, Whit’s End is moving to The World Aquarium in St. Louis, Missouri to work as an ambassador for Green sea turtle species.  She will be educating the public on the importance of saving our oceans, taking care of our wildlife, and demonstrating human impacts on sea turtle species. Bubble Butt Syndrome has caused Whit’s End inability to be released back into the wild. During her time at the hospital Whit’s End adjusted to new life with weights epoxied to her shell to help her dive, and gained 9 pounds!

So if you’re ever in St. Louis stop by and say hello to a friend of ours!