Who’s at the Door?

It was a very unusual morning for Brenda Symonds who awoke Tuesday morning to find a Loggerhead sea turtle at her doorstep! It was an adult female turtle likely in the process of nesting. This poor turtle had gotten a little mixed up and lost in a neighborhood in Marathon, FL. Nowhere near a beach, it is a mystery where this turtle climbed onto land or how it found it’s way to Brenda’s yard where it even managed to climb the three steps to her front door! 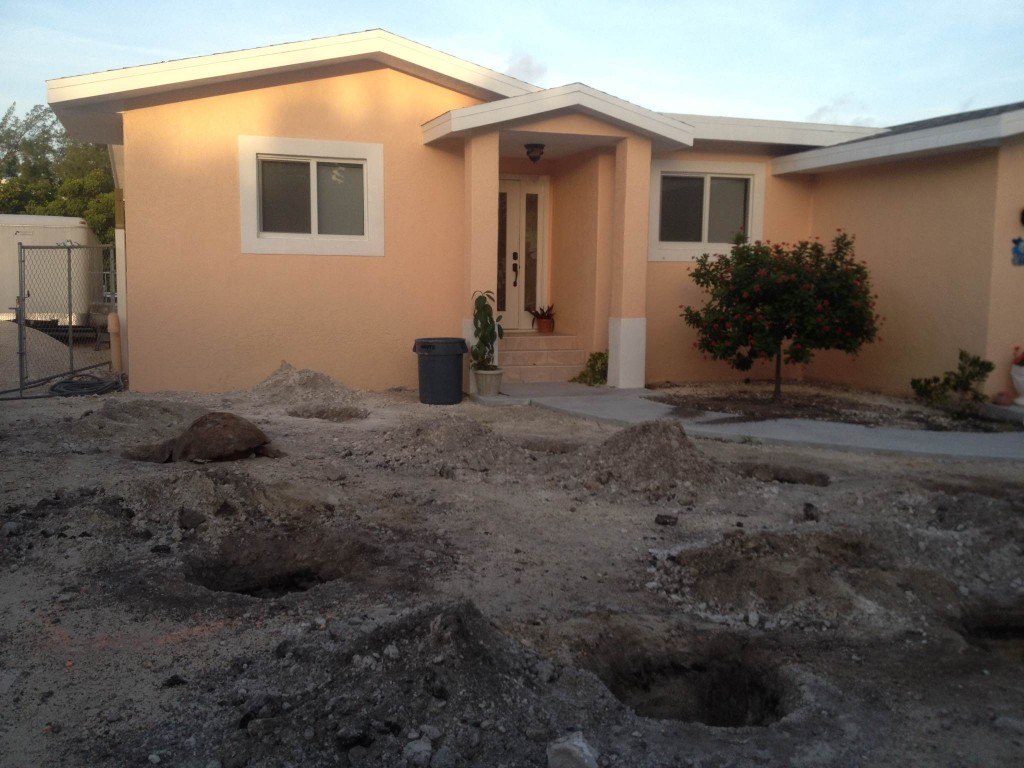 The home and the turtle seen in the upper left portion of the yard which was under construction (the turtle did not dig the holes). 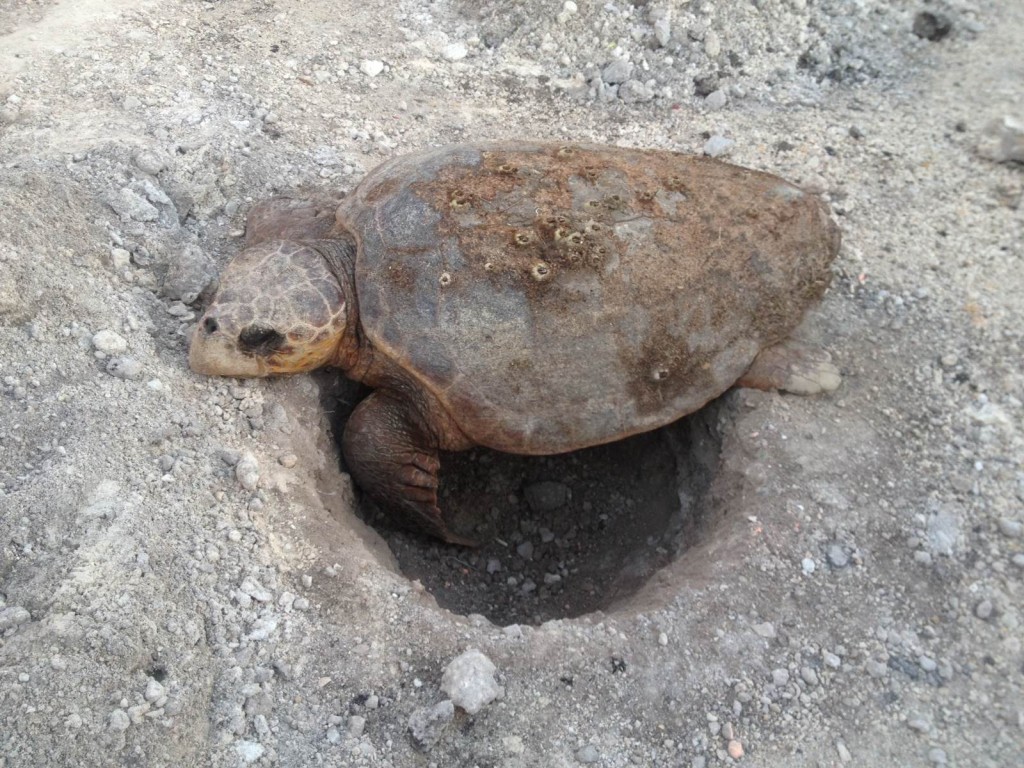 Brenda wasn’t quite sure what to do and made a call to The Monroe Sheriff’s Department who got in touch with Bette Zirkelbach, Turtle Hospital Manager. With help from Turtle Hospital friend, Mike Savinelli, Bette met up with Officer Dennis Coleman and the three were able to load the big turtle into the ambulance. 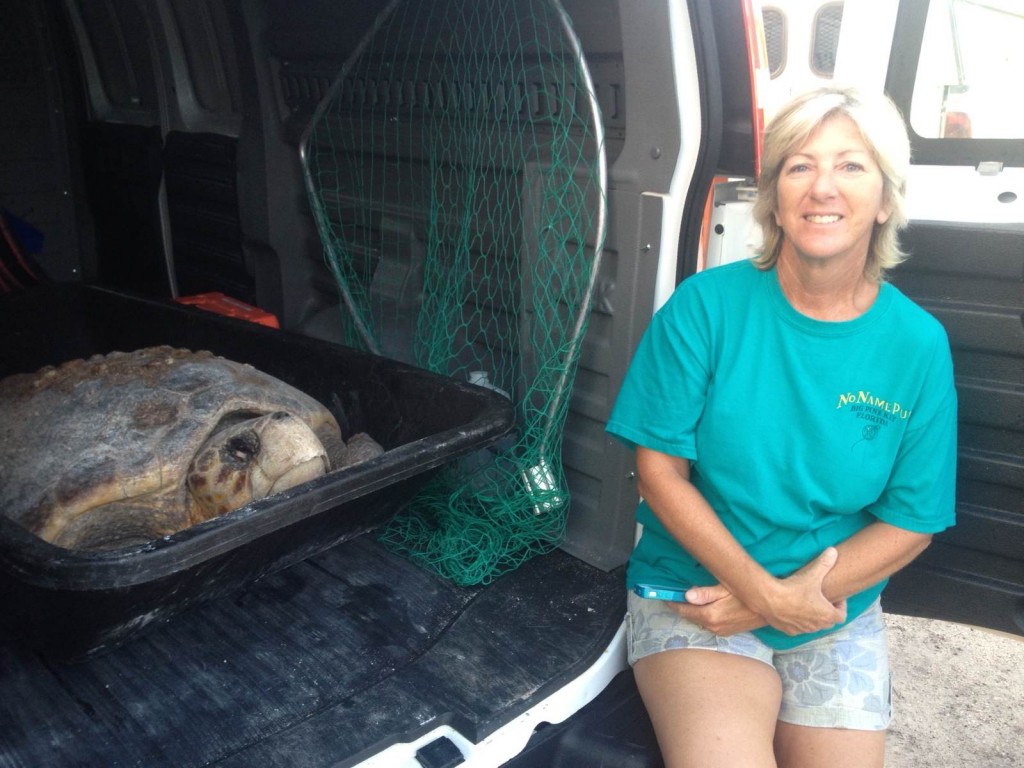 After a ride to the hospital, it was clear that the turtle was in good condition-‘Lucy’, as she was nicknamed, nearly escaped the tub several times. It was decided that Lucy needed to be released right away to continue her journey in making more sea turtles for the future. The turtle was affixed with two flipper tags and was released from Sombrero Beach as quickly as possible. Good luck Lucy! 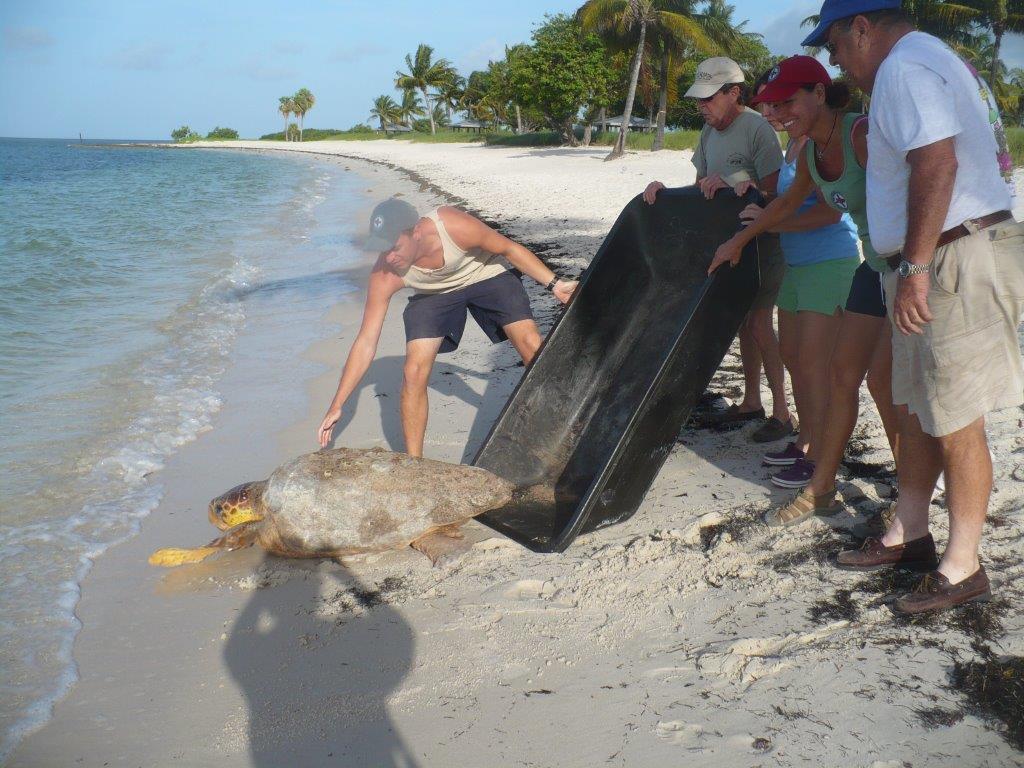