Black Foot Jack was found floating in the Barnes Sound area by Black Foot Fishing Charters out of Key Largo. Brought back to shore, the sub adult Loggerhead Sea Turtle was picked up by staff and transported to the Turtle Hospital. Lethargic and emaciated the turtle was treated with antibiotics and fed well. 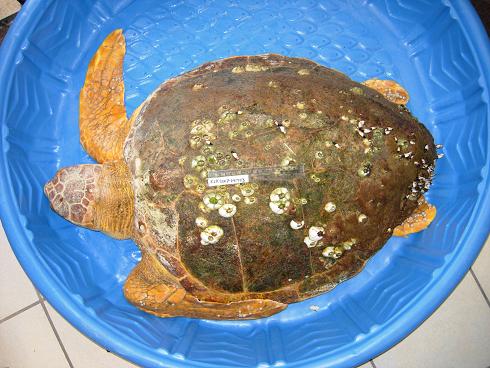 The release was performed off of the 7 Mile Bridge, just West of Moser Channel. Participating in the release was a crew from San Diego that were shooting footage for use at the IFAW (International Fund for Animal Welfare) awards where Turtle Hospital director Richie Moretti was honored. 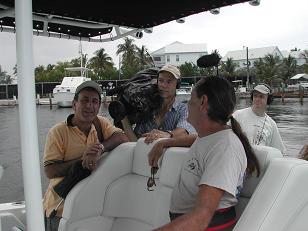