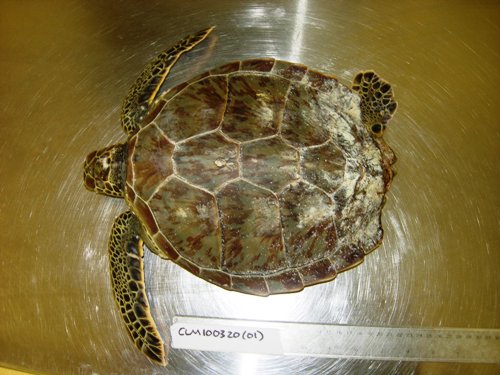 Bolin, a very small juvenile Green sea turtle, was rescued by The Coast Guard in Islamorada. It appears as though Bolin was either struck by a propeller or attacked by a predator. Although she escaped with her life, Bolin is missing part of the rear of her shell and her left rear flipper. The injury appears to be fairly recent but has already begun healing since she has been in our care. Currently staff is treating the small Green sea turtle with antibiotics to prevent infection and cleans and debrides the wound daily. Even though she is missing part part of her shell and one flipper, Bolin will be able to return to her home in the sea once the wound has healed.