BRANDY a 342 pound adult Green Sea Turtle was transported back to the Marquesas Keys area (aprox 40 miles West of KeyWest)  where she had been rescued in July 2007. (See archives Feb 2008 for rescue details). This was the largest Sea Turtle ever rehabilitated at the Turtle Hospital and provided some logistical challenges due to her size and weight. Staff used a hydraulic lift to get her out of the tank and into the ambulance. 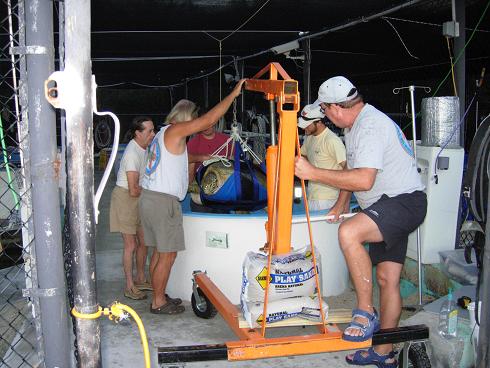 The US Coast Guard based in Key West provided a 55 foot vessel equipped with a crane which was used to move the turtle from the ambulance on to the boat. 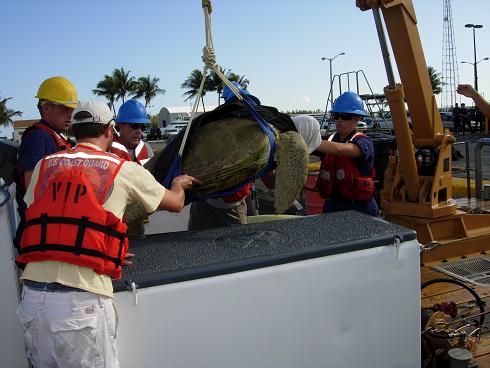 A film crew from the Discovery Channel participated and used a second Coast Guard vessel to film the actual release. 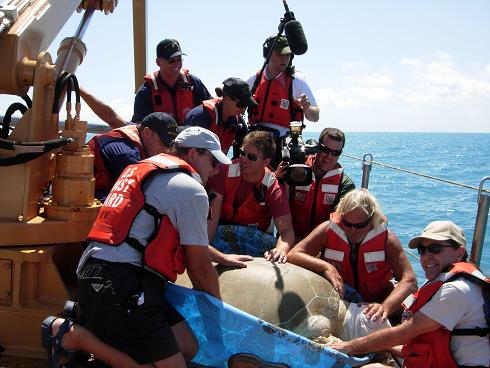 Everyone involved was please to see Brandy swimming away in a straight line even with a missing front flipper. It was great to get her back to the same spot where rescued, just in time for mating / nesting season.