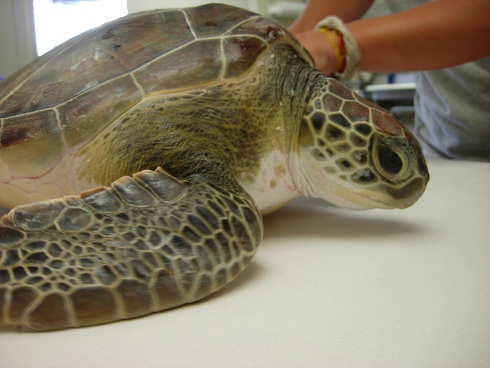 Crusher, admitted in November, is a juvenile Green who was suffering from a minor impaction. The blockage was preventing gasses from passing naturally leaving Crusher floating. Crusher was placed on a diet of squid injected with Vegetable oil and given Beano every morning with breakfast. The combination of laxatives and anti-gas medications helped Crusher naturally pass the blockage and the gas. As it turned out, she was simply full of sea grass and a few larger pebbles. As the gas passed Crusher became less and less bouyant. Now able to dive, and feeling much better, Crusher is almost ready for release! 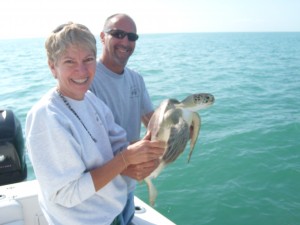 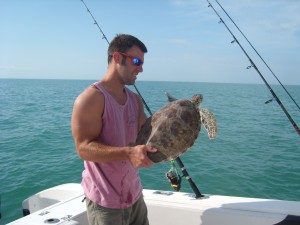