Cuda, a juvenile Kemp’s Ridley Sea Turtle, was admitted to the hospital in March 2008. The small turtle had nylon line wound around the base of one flipper and the line was attached to a plastic float. (See archives March 2008 for rescue details). The damaged flipper was saved by performing daily physical therapy to stimulate blood flow and exercise damaged muscles. 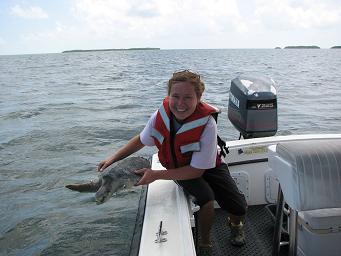