A juvenile Green Sea Turtle was found floating in a boat slip at the Port of Palm Beach. It’s left front flipper was missing due to an old injury and the turtle was attached by fishing line to a chicken wire crab trap. 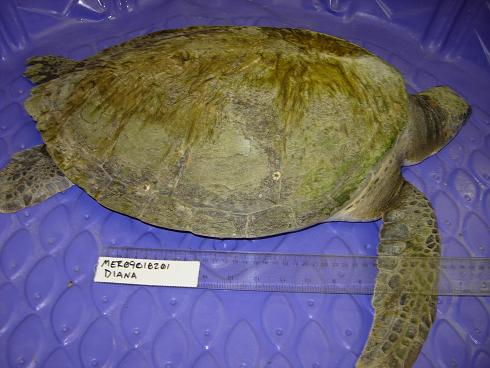 Diana had swallowed the fishing line, apparent as line is coming out of the mouth and also the cloaca. 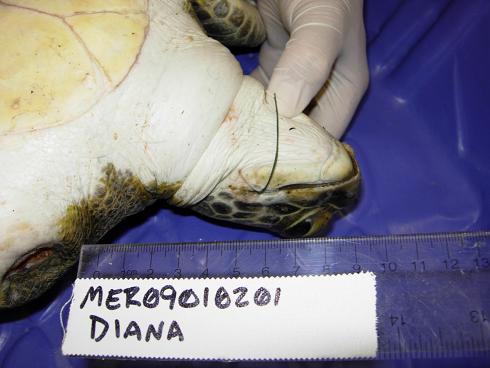 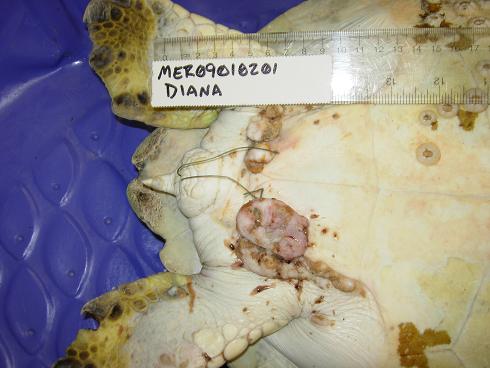 The line was cut off inside the mouth and the turtle will be given vegetable oil and laxatives to help the move the line through. Fishing line can damage the intestines and can not be “pulled out” due to the length and numerous turns in the digestive track.

Surgery is scheduled to have an endoscope inspection (to ensure no internal tumors are present) and to remove external fibropapilloma tumors.

Diana had an endoscope procedure which did not find any internal tumors! It was determined that she, is actually a he… 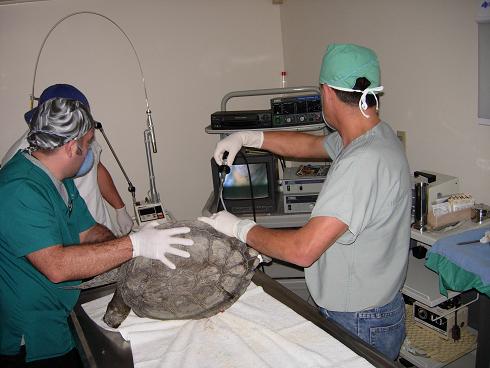 The intestines appear to be bunched up in one area, probably from the fishing line. This could be a problem if the line does not pass through.

Diana is recovering well from his surgeries. He is active, alert and able to pass waste which means he will be able to be released. Diana has been moved to the shallow end of our 100,000 gl. while he remains under observation. If he has no re-growths, he will be released on the 1 year anniversary of his last surgical date.