A juvenile Green Sea Turtle was found washed up on the beach just south of Sebastion inlet. The small turtle had a prop wound to the top of the head (which resembled a “fin”.) 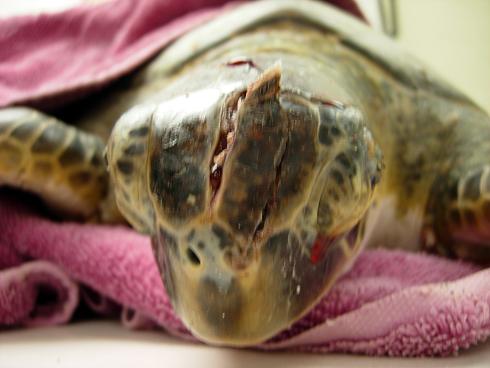 In addition to the head wound, a number of external fibropapilloma tumors are present. Surgery was performed to remove the loose piece of bone from the top of the head. 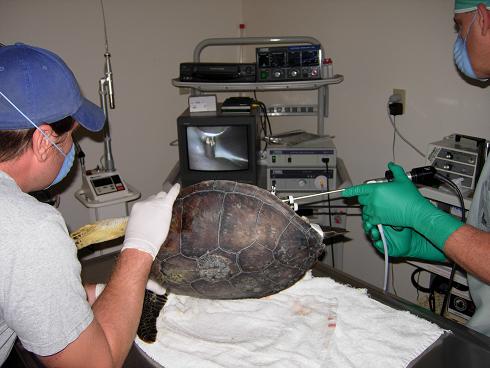 And to remove the eye tumors 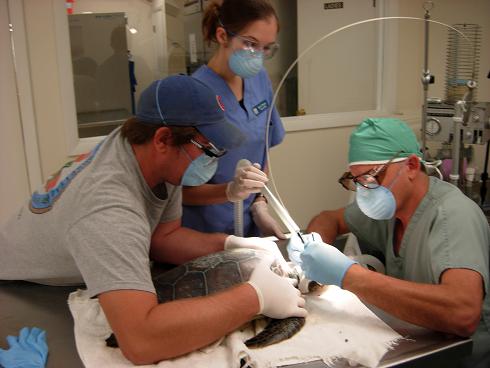 Fin will require additional surgery to remove the external tumors, once she is stronger.

Fin has recovered well from her final Fibropapilloma surgery and has been moved to the main pool. Fin will spend the next several months under observation to ensure she has no re-growths.