A post hatchling Hawksbill Sea Turtle was found in sea weed that had washed up on the beach at Curry Hammock State Park. The turtle is extremely emaciated and is being force fed twice daily and receiving fluids (injected) every other day. 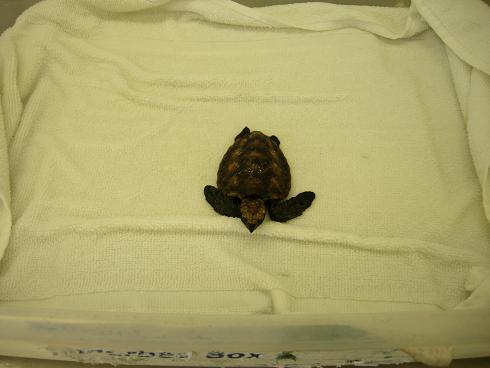 Gigi is being kept on a wet towel heated by a hot water pump.

Gigi lost the battle. Necropsy identified the cause as a number of small pieces of plastic and short section of fishing line which had been eaten and impacted the digestive track. The problem of hatchlings being affected by plastic pollution is becoming more apparent. A recent study revealed close to one hundred infant turtles had died due to ingesting small bits of trash, possibly mistaking the translucent scraps as their normal food source. 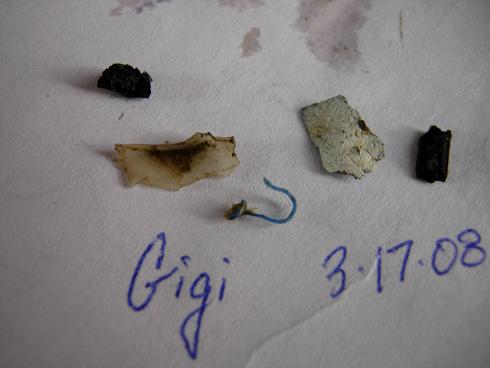