A juvenile Green Sea turtle was found in the Key West area with a front flipper entangled in trap line. There are also a number of large fibropapilloma tumors attached to the front and rear flippers. 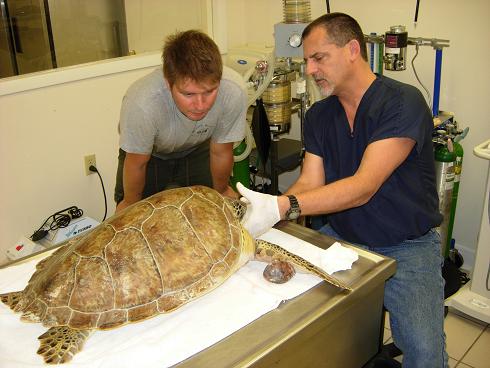 The flipper has been damaged due to the trap line but there is still blood flow to it. 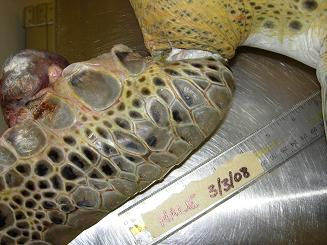 Hale has been moved to the large pool area to encourage use and exercise of the flipper in hopes of saving it. Surgery will be scheduled in the future to perform an endoscope procedure (to ensure no internal tumors are present) and then to remove all of the external tumors.

Hale had several surgical procedures performed by Dr Doug Mader, assisted by Turtle Hospital staff. Endoscope inspection of the internal organs found one suspicious area. A biopsy was performed and sample sent to the lab where it will be analyzed to determine if it is internal fibropapilloma. The damaged front flipper was removed. Trap line had damaged most of the tissue and muscle and there was no chance of healing. 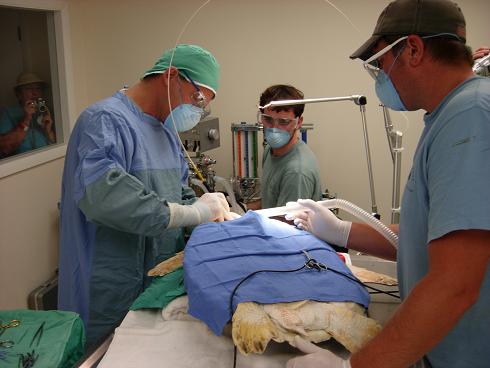 A large fibropapilloma tumor was removed from the other front flipper. Additional external tumors will be removed if lab results come back negative for internal tumors. 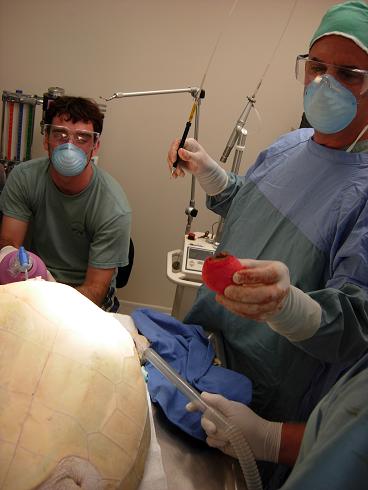