A juvenile Green Sea Turtle was found floating in Vaca Cut in Marathon and taken to Captain Hook’s Marina. The turtle had been hit by a boat prop which resulted in a deep cut across the top of the turtle’s head. 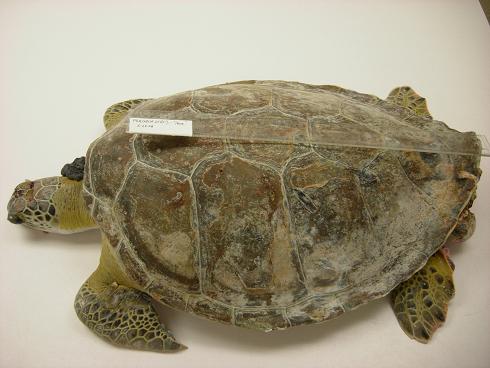 Additionally, the turtle was covered with fibropapilloma tumors. The tumors were so severe that the rear of the shell was deformed.

Examination by Dr Mader’s staff determined the prop cut had damaged the brain and there would be no chance of recovery. After euthanasia, necropsy reveled a number of internal fibropapilloma tumors which would not have been treatable.