Tommy Yerian and a friend were kayaking in Curry Hammock State Park and found a juvenile Green Sea Turtle that was entangled in fishing line. The line was wrapped around the turtle’s neck and flippers, anchoring it to a mangrove root. The turtle had swallowed the fishing line. 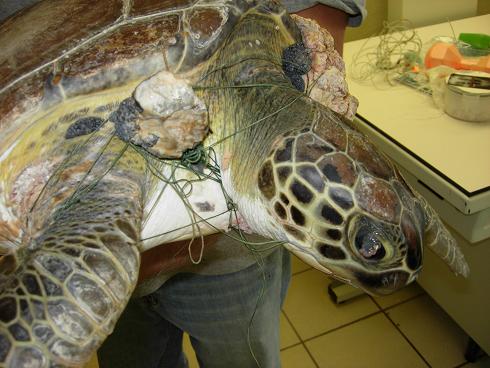 The front flipper had been cut almost all the way through and was removed. Fortunately the line that was swallowed was not attached to a hook and could be carefully removed. 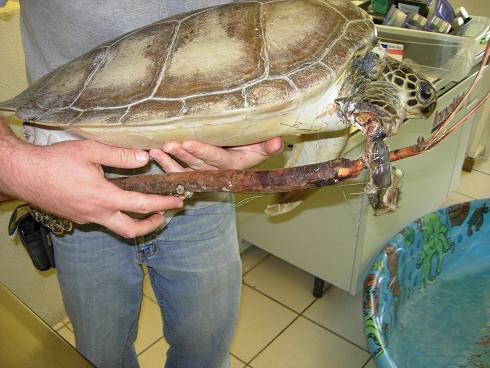 Cavia (named after the rescuer’s daughter) also has fibropapilloma tumors. Dr Doug Mader has scheduled surgery to perform an endoscope (to ensure there are no internal tumors), remove the eye tumors and close the flipper wound. There will be at least one more surgery required due to the number of external tumors. 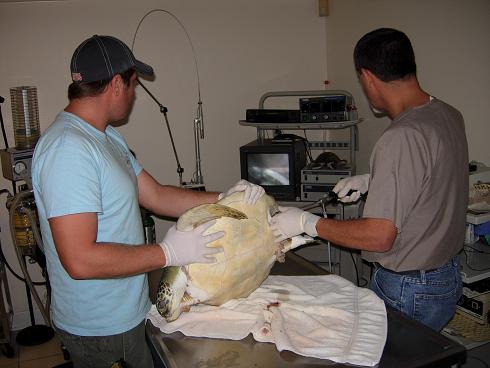 The eye tumors were removed. 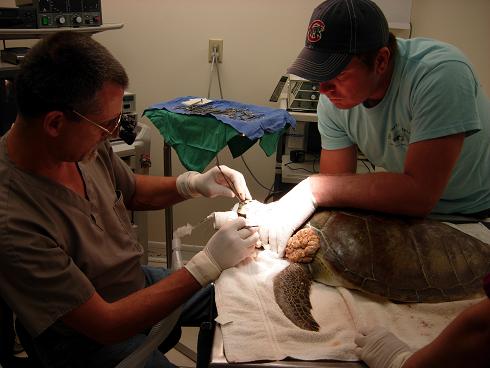 Cavia will need another surgery to remove the remaining tumors. She (gender confirmed during the endoscope inspection) is having daily wound care for the damaged flipper and is receiving antibiotics and vitamins.