Local Marathon residents Brenda and Kyle Staley were enjoying Coco Plum Beach with their dogs when Kyle discovered a juvenile Green Sea Turtle buried in sea weed on the shore. 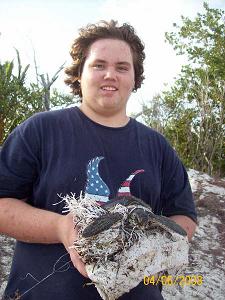 The small turtle was entangled in a mesh plastic bag and had strands of the material wrapped around it’s neck and both front flippers. 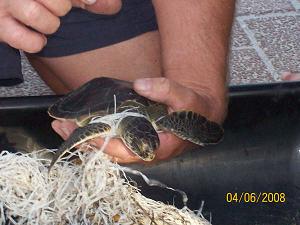 The plastic had cut into the flippers but the turtle is very strong and is expected to make a full recovery. Thanks to Kyle’s attentiveness, this endangered turtle was saved. 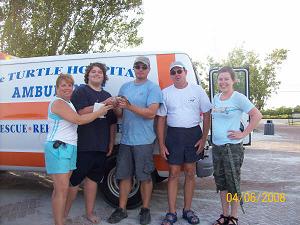 Kyle has been successfully rehabilitated and was released aprox 6 miles off of Key West. The young turtle was placed in a large patch of Sargassum seaweed which is where Green Sea Turtles spend their early years.