Lower Matecumbe Key resident Bob Jones was out doing some cold weather fishing in Florida Bay and found a sea turtle that was entangled in a trap line rope. 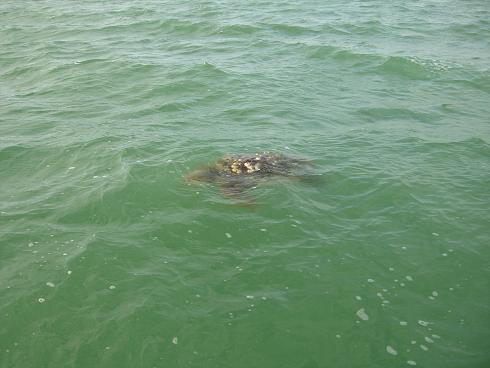 Bob contacted the FWC who called the Turtle Hospital. Staff met up with Bob and were taken out to the turtle. With some degree of difficulty, the 205 pound Loggerhead Sea Turtle was netted and brought on board. 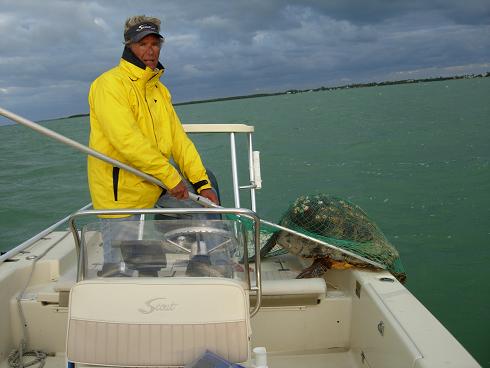 The trap line was deeply embedded into the neck but was successfully removed during the trip back to shore. 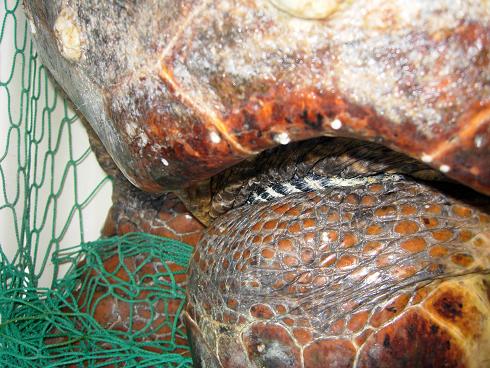 Lexus (named after Bob’s cat) was lethargic, having spent a night or two on the surface during an cold snap where temperatures dropped into the 40s. (Turtles would typically be in deeper water where the water temperature would remain higher than the air temperature). The turtle also has old propellor wounds to the carapace. 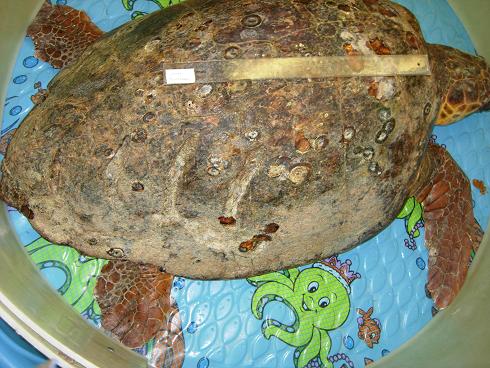 Lexus is an adult female and was gradually warmed up overnight. Her heart rate was very slow but was stabilized and she was moved to a treatment tank in the morning. She is strong and active, already eating offered squid. Lexus has a flipper tag! . The FWC is investigating the tag number to determine which facility or organization has previously encountered her.

After a brief stay at the Turtle Hospital, Lexus was ready to go. The neck wound was not serious and after warming up several days, the floating problem was resolved. Lexus was released off of Little Duck Key at the west end of the Seven Mile Bridge. 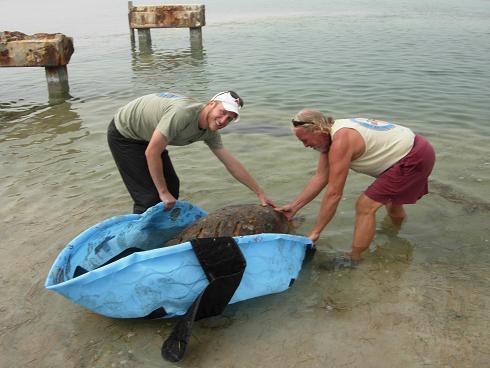