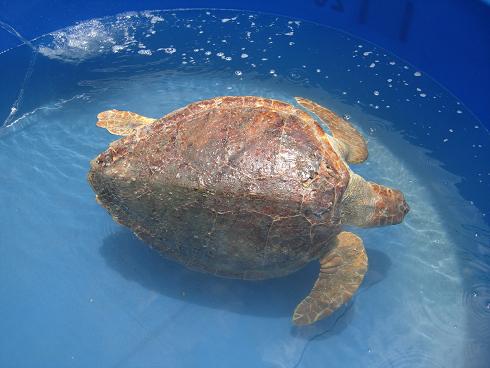 It would appear from the X-rays that the turtle has been eating sponges or seaweed. The blockage is being treated with laxatives and enemas. 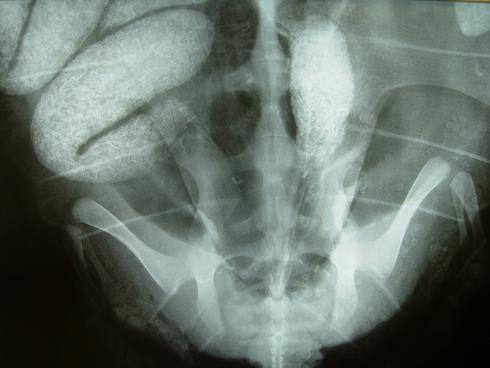 The material impacting the intestines has been identified as Spiny Sea Urchins. Fragments of spines and shells have been passed

Mark did not make it. The intestine blockage was so sever that it had affected other organs.