An adult female Loggerhead sea turtle gathered quite a bit of attention on Higgs Beach Sunday. Key West residents Tom Favelli and Gerald Hernandez were boating just offshore when they came across the turtle in distress, floating and unable to dive. After authorization by the FWC and a brief lesson in sea turtle rescue by the Turtle Hospital in Marathon, the rescuers were successful in guiding the turtle into shore where she was met by a large crowd of onlookers. “Obama” the Loggerhead, named by her rescuers, was then picked up by staff of the Turtle Hospital in Marathon, where she is now in rehabilitation 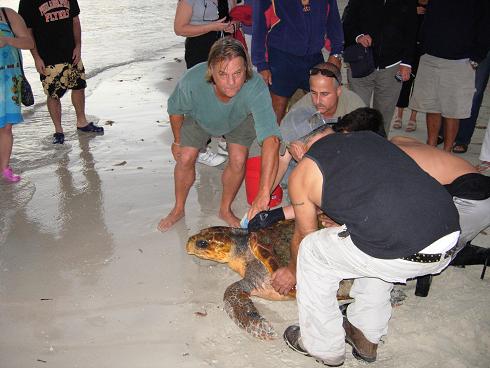 Obama with Dennis Tomlinson from San Diego, who assisted with the rescue.

Upon admittance, x-rays revealed that the turtle has a mild intestinal impaction and she is being treated with antibiotics and laxatives. 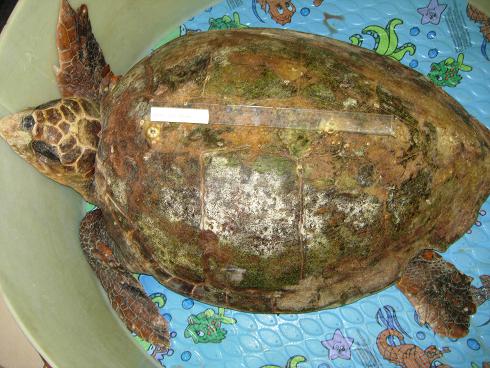