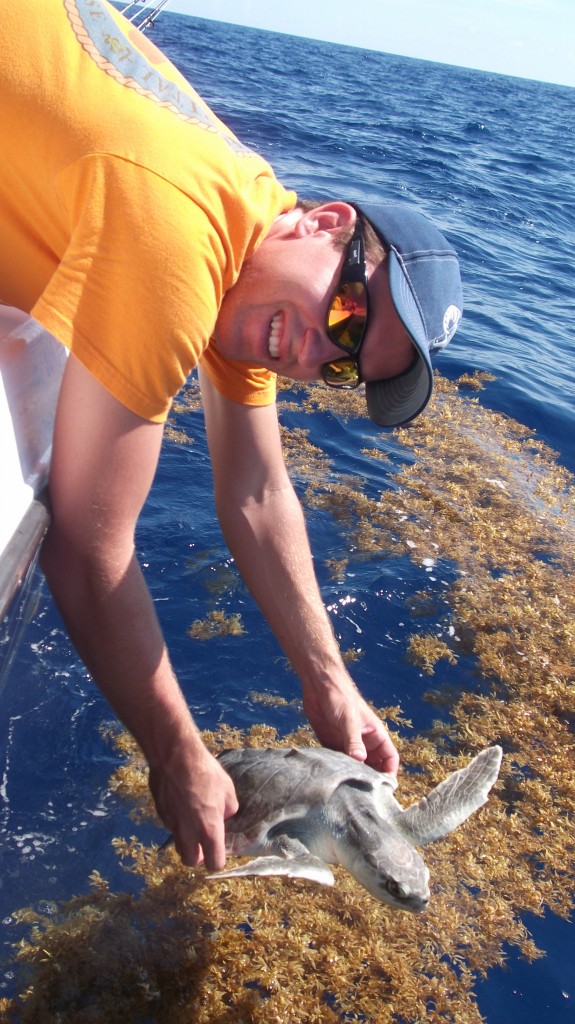 Rainbow Runner is released north of Marathon into the Gulf Stream by Rehabber Matt Brochhausen.

Rainbow Runner was more than ready for release on September 6 last week.  With Tropical Storm Isaac out of the way and a boat back in the water for the turtle’s transportation out to sea, Rehabber Matt Brochhausen and Founder Richie Moretti waved goodbye to the juvenile Kemp’s Ridley near the Gulf Stream.  Additionally, 20 loggerhead hatchlings were released directly into the jet stream, spaced out a couple miles apart.  Matt was sure to land them directly in beds of Sargassum seaweed to aid in immediate survival in the vast ocean.  The hatchlings came from all over beaches in the Keys, with their need for rehab including disorientation, root entanglements and the occasional “late bloomer” sea turtle hatchlings requiring some TLC before meeting the Deep Blue. 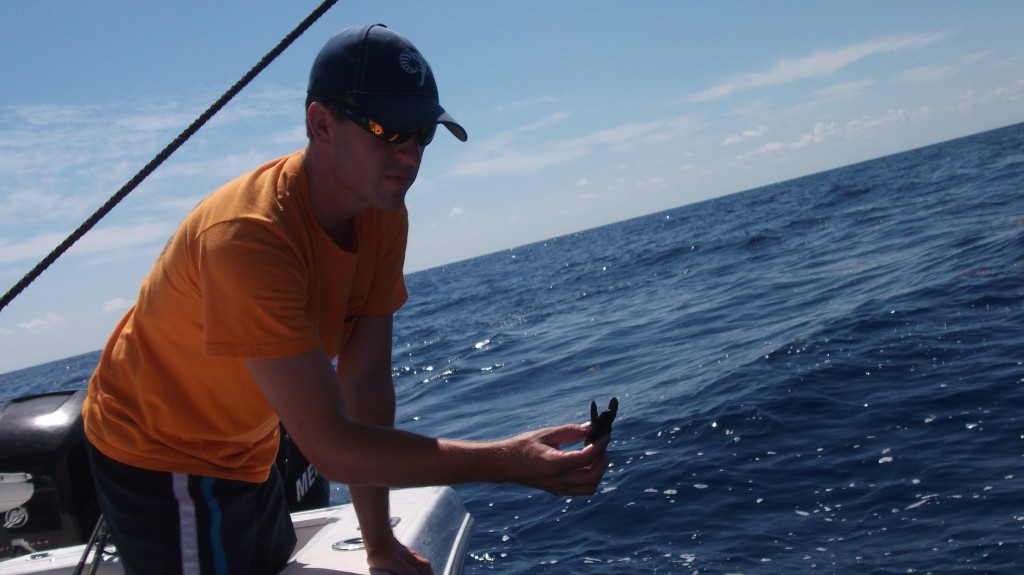 Weeeeeeeeeee! A loggerhead hatchling prepares for send-off during an at-sea release.