SANCHEZ a juvenile Hawksbill Sea Turtle was found by a local fisherman on the Bay side of Boca Chica Bridge. Braided fishing line was wrapped around the front right flipper extending back around the shell. The line had not cut into the muscle and after physical therapy, the flipper was usable. 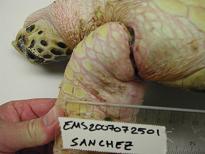 The rear marginal scutes were damaged and several pieces had to be surgically removed to ensure the ragged cut edges would not catch on anything. 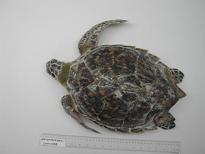 Sanchez (also know as Salty) was taken to Fort Jefferson in the Dry Tortugas National Park aboard the “Yankee Freedom II” and released. This is a shallow reef area and a protected “NO Take” zone so there will not be any chance of encountering fishing line again. 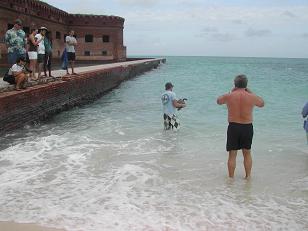