Smitty, a sub adult Loggerhead Sea Turtle, was released just North of the Seven Mile Bridge in Marathon. Admitted in January 2008, the turtle had been found floating and was unable to dive. Tests indicated an infection causing the problem and treatment was antibiotics and vitamins. 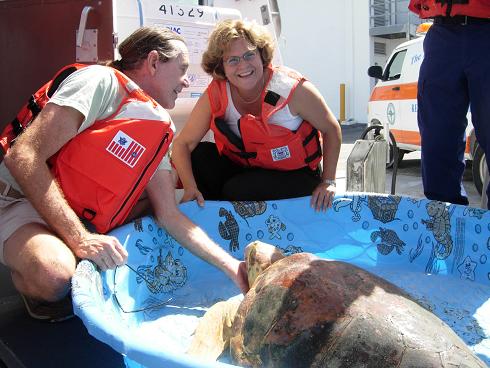 The release was done from a US Coast Guard vessel. 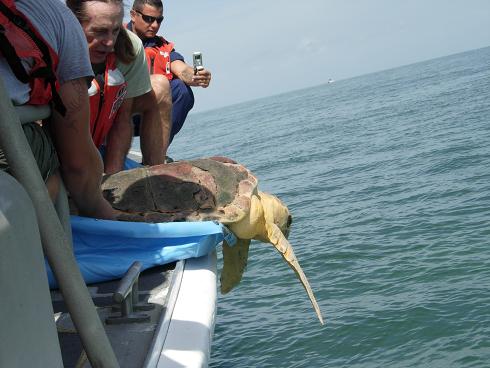 And Smitty was last seen headed out to sea. 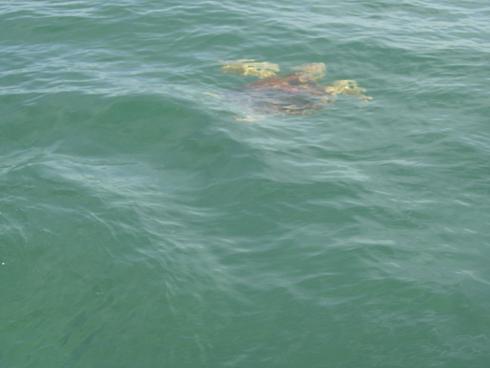