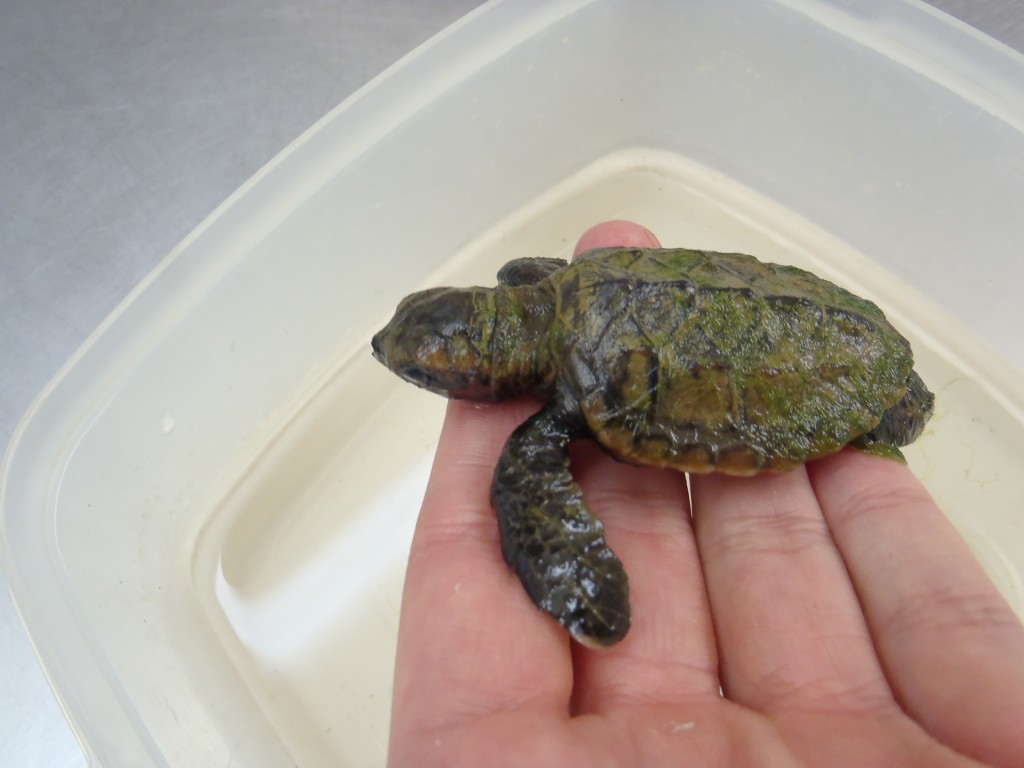 Five hatchlings rescued from marinas in the month of November were released yesterday into a weedline in the Gulf Stream.  It seems every time we think we’re done with hatchlings, another arrives!  (So, I won’t go as far as to say the rehab season has ended for hatchlings, because we seem to be getting “surprise hatchlings” every week!)

Our most recent hatchling, a hawksbill, was rescued from a narrow marina up in Key Largo.  Numerous other hatchlings were also in the marina, but, unfortunately, crocodiles prevented a safe rescue of any others. 🙁  Covered in algae, the little turtle was cleaned and given a swim test, which he passed with flying colors!  The 4 hawksbill hatchlings and 1 green hatchling were self-feeding and strong enough for release.  Hopefully, they’ll spend the next 3-5 years of their lives in the Gulf Stream, avoiding predators and conserving energy until they’re big and strong for the wide open blue!