A juvenile Green Sea Turtle was rescued by personnel at the St. Lucie Power Plant on Hutchinson Island. The 16 pound turtle was found in an intake canal for the facility (the plant diligently watches the canals for any sea mammals or turtles). When inspected, the turtle was found to have a hook embedded in it’s neck, still attached to fishing line. 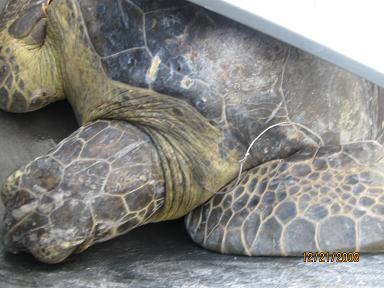 Wormy was driven down to the Turtle Hospital and had a stop by Dr Doug’s office to remove the hook. There are also fibropapilloma tumors on the flippers so Wormy is scheduled to have an endoscope procedure (to ensure there are no internal tumors) and surgery to remove the flipper tumors.

Resembling a “worm on the hook”, the turtle was named Wormy, after Justin “Wormy” Wormeester, a close friend of Administrator Ryan Butts. 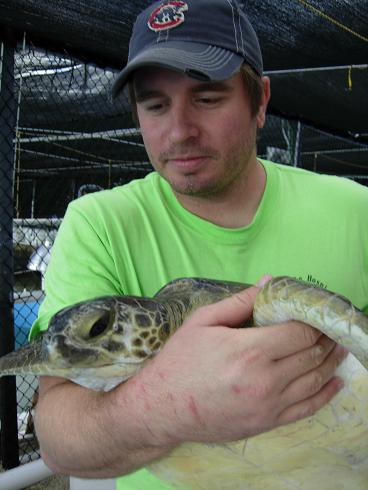 Wormy was released on January 17th 2010 from Long Key with several other Green sea turtles from the cold stun crisis!