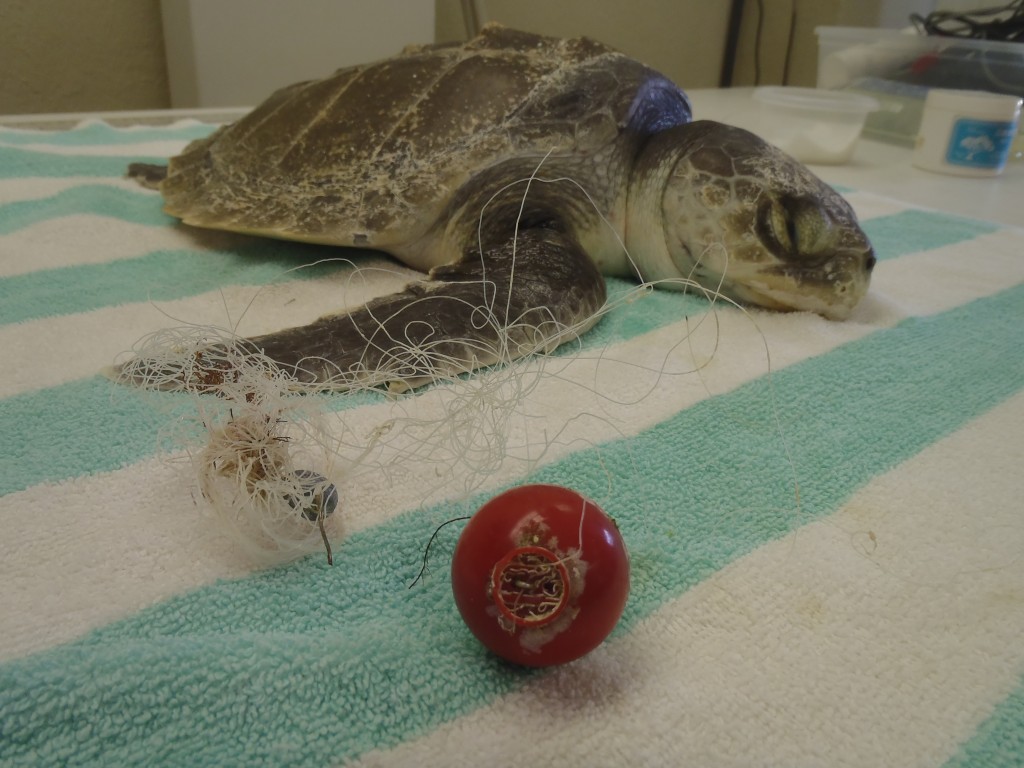 The Turtle Hospital welcomed another turtle yesterday–a juvenile Kemp’s Ridley!  Frequent vacationers to the Keys, Sarasota natives Karey & Jan were out on the water trolling for dolphin when they noticed a bobber along the weedline.  Initially, they thought the bundle attached to the line was just a raggedy hat.  But, unconvinced, they returned to the area only to find a turtle engtangled in fishing line, so much so that it appeared dead!  As soon as they began removing the line, “Rainbow Runner”–named after their boat–started to wriggle.  The monofilament was wrapped tightly around both front flippers and the turtle’s neck.  Additionally, Rainbow ingested part of the line, likely what led to the entanglement. 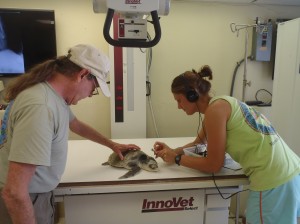 Luckily, this Kemp’s Ridley was found just in time!  We are applying ointment to increase circulation in the flipper and neck region while we work on getting the turtle to pass any line in the GI.  Rainbow also is receiving medicine to treat anemia and malnourishment. The fact that Rainbow ate immediately is encouraging, and we hope for a full recovery!