Ben was found floating off of Sugarloaf Key due to an impaction and gas. After preforming and endoscopy on Ben, it was determined she was a girl! There were also no internal tumors found and she had surgery to remove the tumors. She was also given daily doses of vegetable oil, Metamucil and Beano to help clear up the impaction. 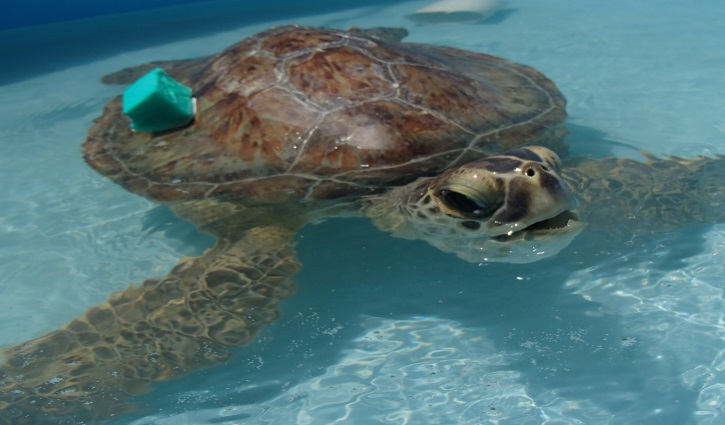 Ben is free of her intestinal blockage and has been tumor-free for about 4 months. She will be clear for release in June 2015, permitting there are no re-growth of the tumors!