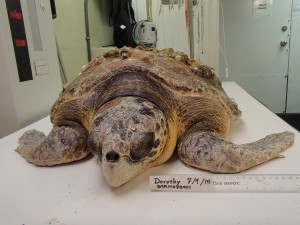 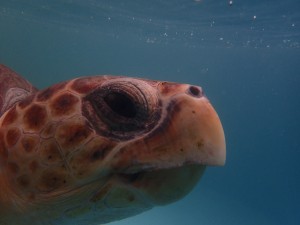 She was found floating near Marathon and unable to dive. She had an impaction from eating things she should not have. 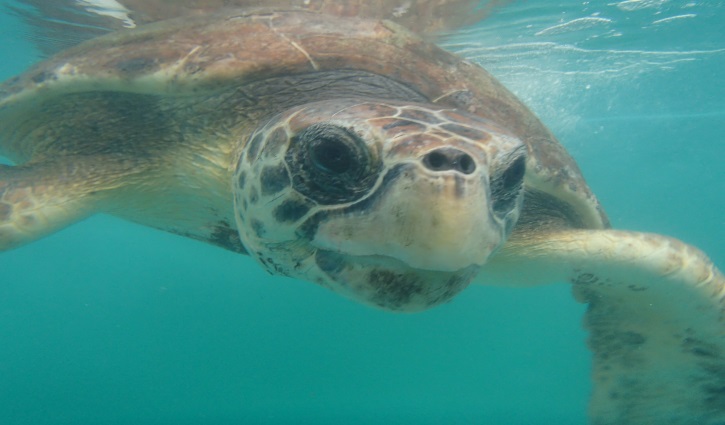 Dorothy has been receiving antibiotics, fluids and Beano to help her recover from her impaction. At the beginning stages of her treatment, Dorothy was outfitted with a pair of floaties to help her swim a better. Due to her impaction, she was floating a bit lopsided, and the floaties helped to keep her straight. 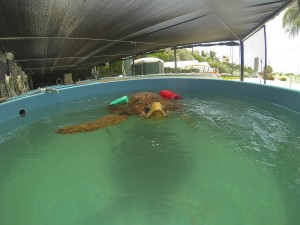 Dorothy with her floaties!

Dorothy was released 1/31/15 at Sombrero Beach in Marathon. It was a great crowd. Dorothy’s rescuer and namesake, Dorothy was there to cheer her on! 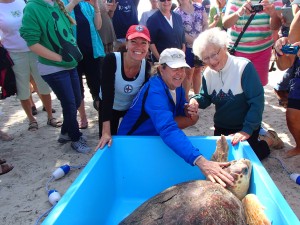 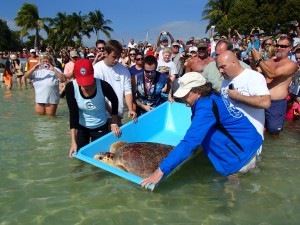