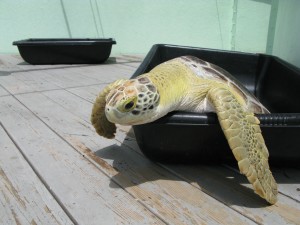 Hook came to the turtle hospital back in September of 2012 from the Miami Seaqarium. He was rescued with a fishing hook in his flipper. Miami Seaquarium was able to remove the hook, however, he developed Fibropapilloma tumors. The Turtle Hospital is one of only three facilities in the state of Florida that is able to treat Fibropapilloma to the full extent, so Hook was transferred down the Keys.

Poor Hook has had to have numerous surgeries to remove all his tumors and re-growths. We are hoping that the his last surgery will truly be his last and that he can now remain tumor-free for a year. 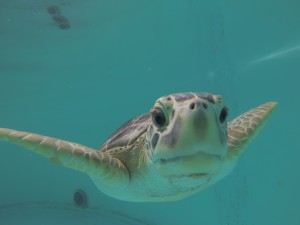