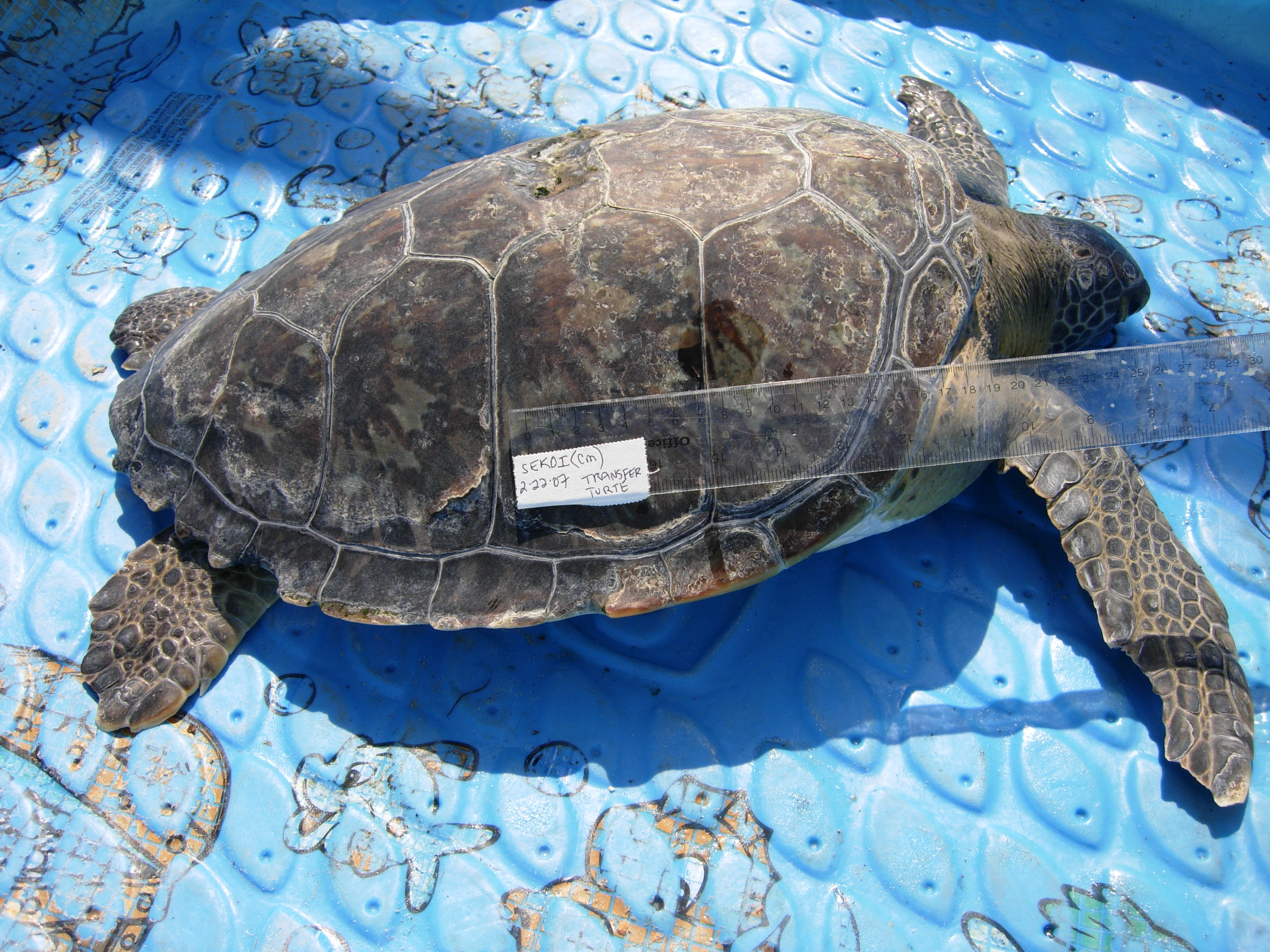 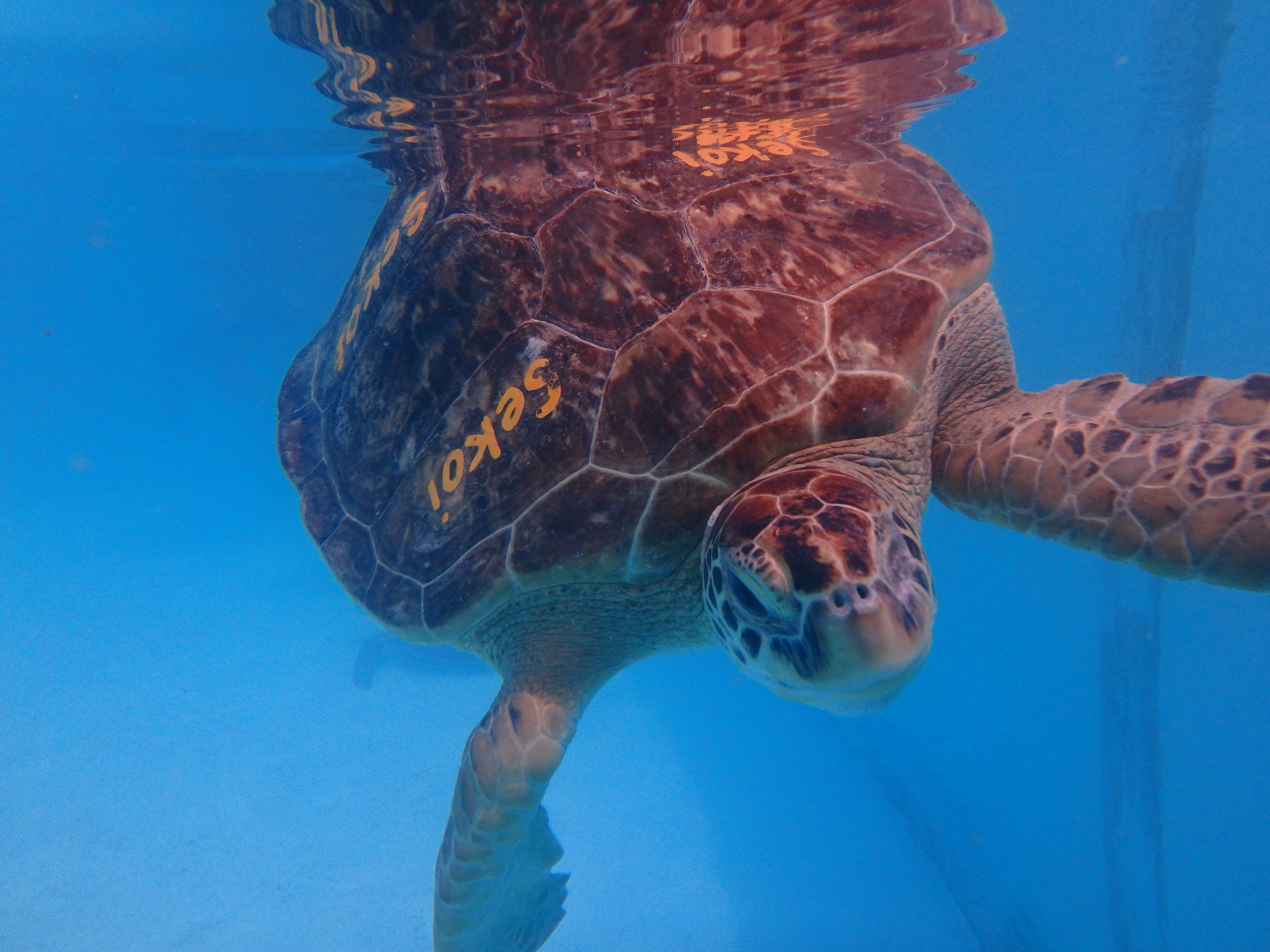 BIO: Sekoi was found off Treasure Island, Florida on April 9th, 2006 and was brought to the Clearwater Aquarium. She had been hit by a boat, as well as having Fibropapilloma tumors. After being transferred here, Sekoi had surgery to remove the tumors, which resulted in the removal of her right eye. The boat strike caused her to become a floater and permanent resident. 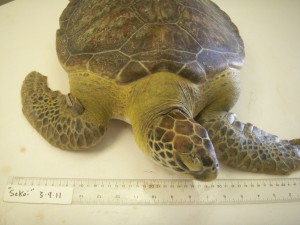 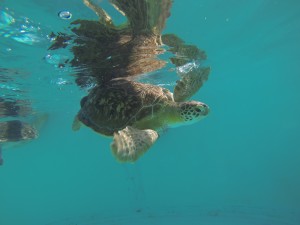 UPDATE: Had my yearly physical in June 2018 and currently weighing in at 56 lbs. I have not grown very much but I am doing well. 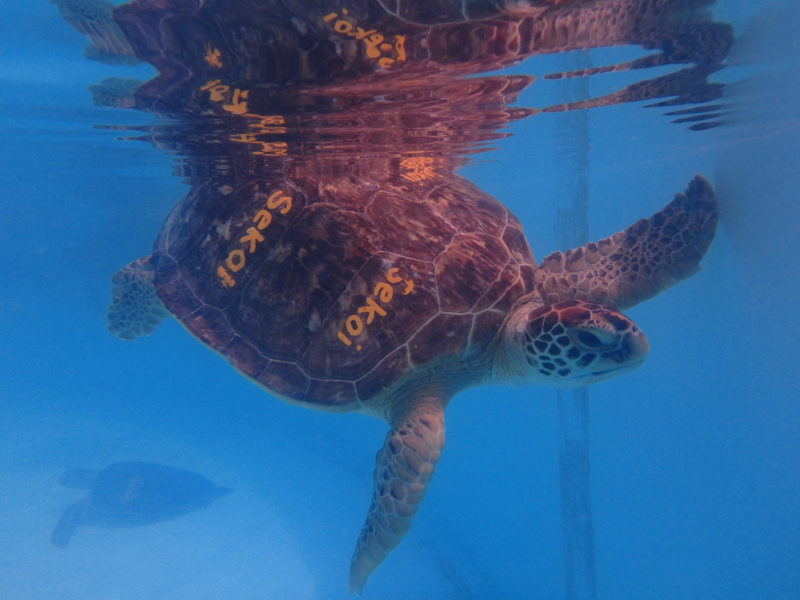 UPDATE: 6/6/22 Sekoi is enjoying her time in the main pool getting to know the other new turtles.