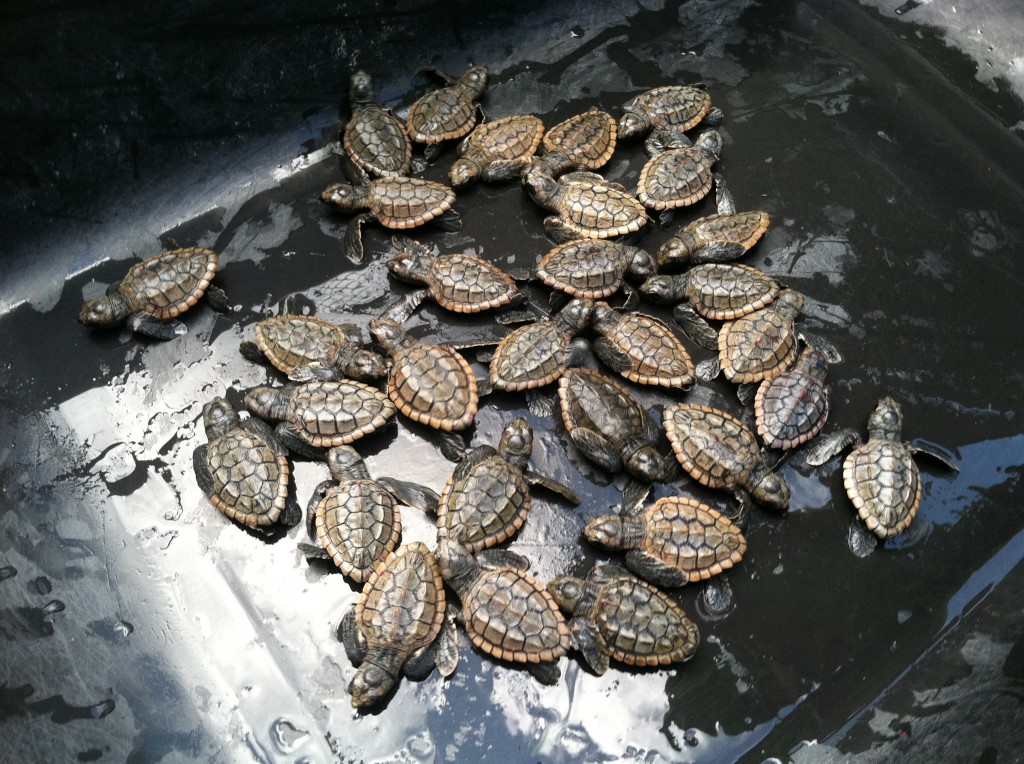 31 hatchlings prepare for their boat trip out to the Gulf Stream after completing just over one week in rehab.

Having completed just over one week in “rehab,” 31 of 33 hatchlings were released into the Gulf Stream on Thursday of last week.  All but 2 of the 33 hatchlings were recovered from the Truman Annex Naval Air Station in Key West, FL, where artificial lighting disoriented their trek to the sea.  One of those hatchlings is still healing from fire ant bites and has yet to begin self-feeding.  Another hatchling is still being monitored for a front flipper injury.  (The teeny flipper is currently bandaged to improve the healing process.)  Determination of hatchling releasability is based on each individual’s ability to eat on his or her own as well as overall physical strength and mobility.  The hatchlings were released directly into the Gulf Stream in a bed of Sargassum seaweed.  Being so miniature and relatively defenseless in an otherwise large open ocean, the Gulf Stream offers these baby sea turtles protection.  Its current will carry them across the Atlantic Ocean, all the way up to Europe, for the first few years of their lives.  We hope we gave them a jump-start to survival!