Loggerhead sea turtle Henderson was lethargic and slightly emaciated when found floating near Big Coppitt Key on February 27. He had a fresh wound to the left side of his shell, a sore on the left side of his skull, and a large intestinal impaction, which often forms when turtles eat things that they shouldn’t such as plastics and other ocean debris. Henderson was initially put on antibiotics and a diet of squid, oil, fiber, and Beano. Tube feedings of “gruel,” a blended mix of Lactulose, Gatorade, Nutrical, and fiber, began after he refused to eat on his own. Within a few weeks he was no longer floating and put back on a normal diet. In three months Henderson gained 10 pounds and was extremely active. His public release was on August 21 at Higgs Beach in Key West. 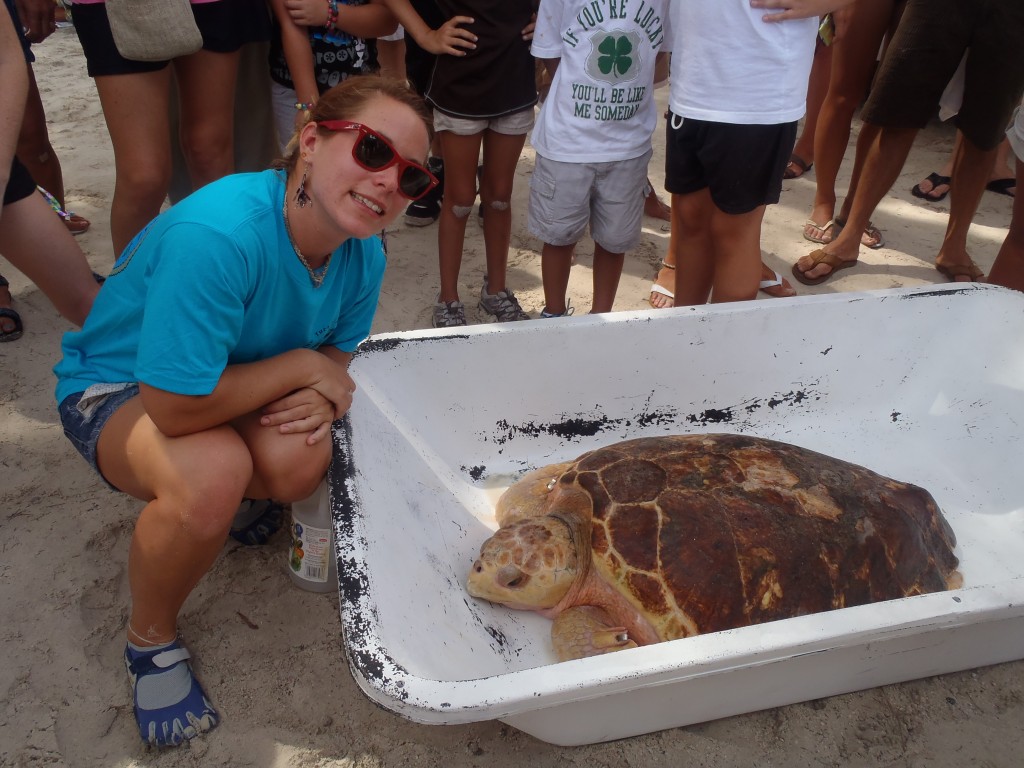