Fisher and G-Mo’s Release, with video! 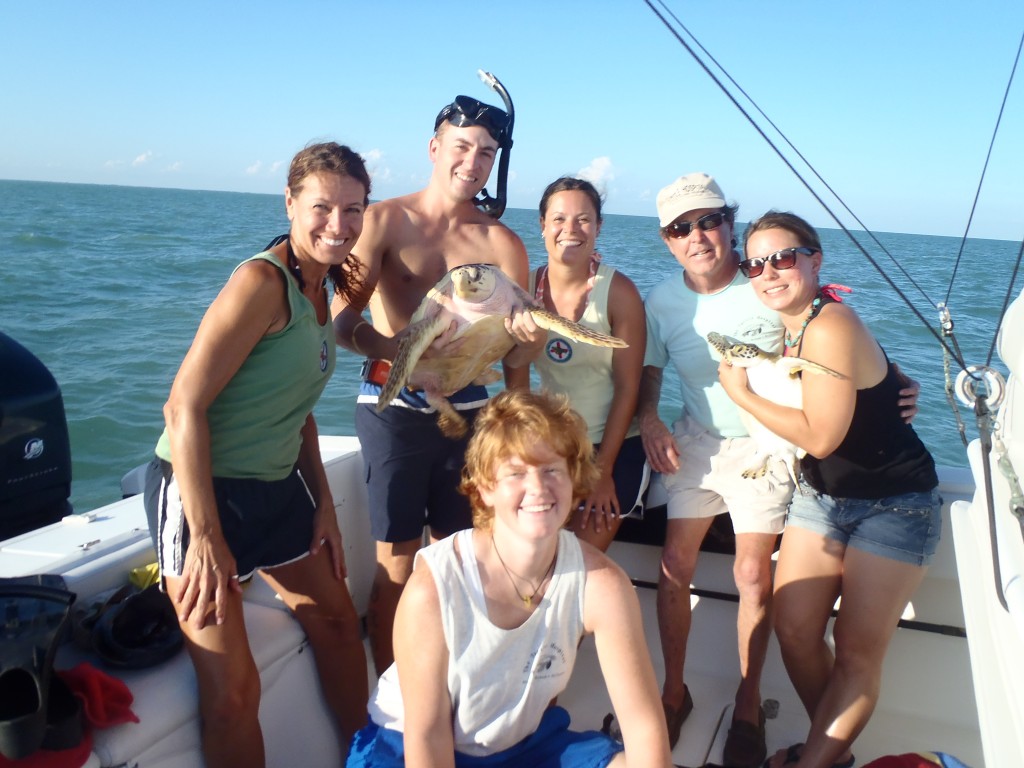 May 23rd was a very bittersweet day for hospital staff as we said goodbye to two of our patients. Of the two was our little baby, ‘Fisher’, who had been raised at the hospital for nearly 2 years! Fisher taught us a whole lot about sea turtle growth and also traveled all over the Florida Keys spreading awareness for sea turtles at schools or even festivals! In less than two years, Fisher grew from a tiny turtle that would fit in the palm of your hand to a 32 lb. little monster. We were so proud of her progress and believe she has gotten a great ‘headstart’ on life, The Turtle Hospital won’t feel the same without her. 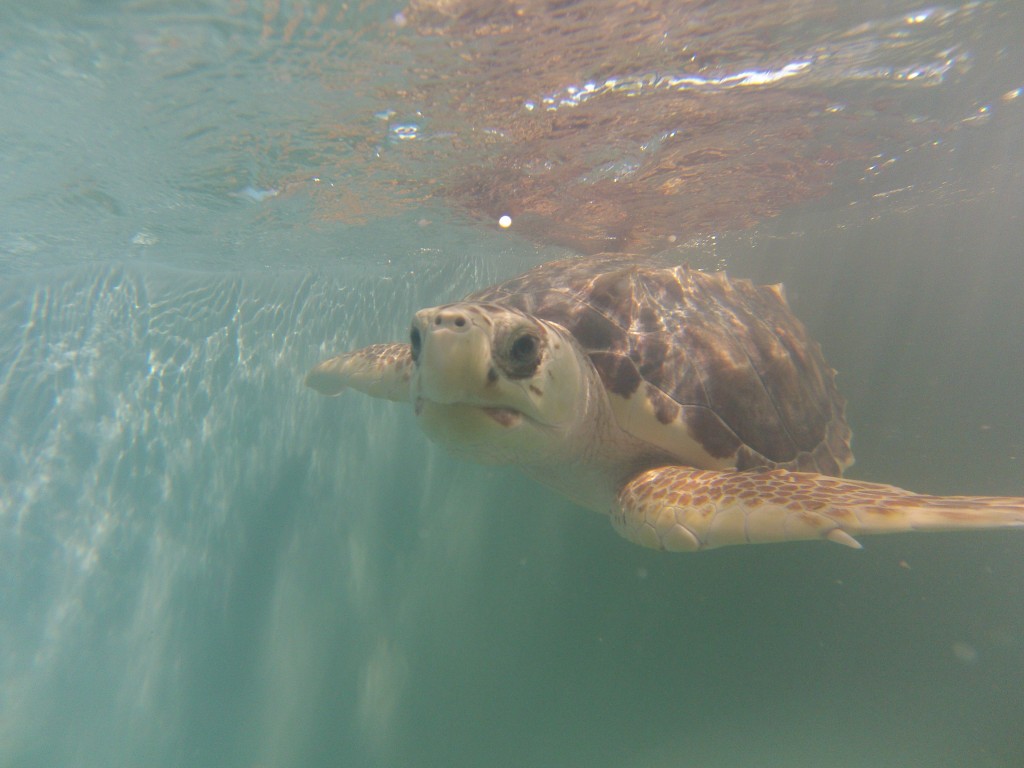 Along with Fisher, young ‘G-Mo’ was released from the boat after a quick stay in turtle rehab. Initially rescued and treated by SeaWorld, G-Mo was transferred to our facility to complete her care. G-Mo had a hook embedded in her flipper and was entangled in monofilament, but was always full of energy.  After just 41 days in treatment, a much healthier G-Mo was released offshore of Cape Sable alongside of Fisher. 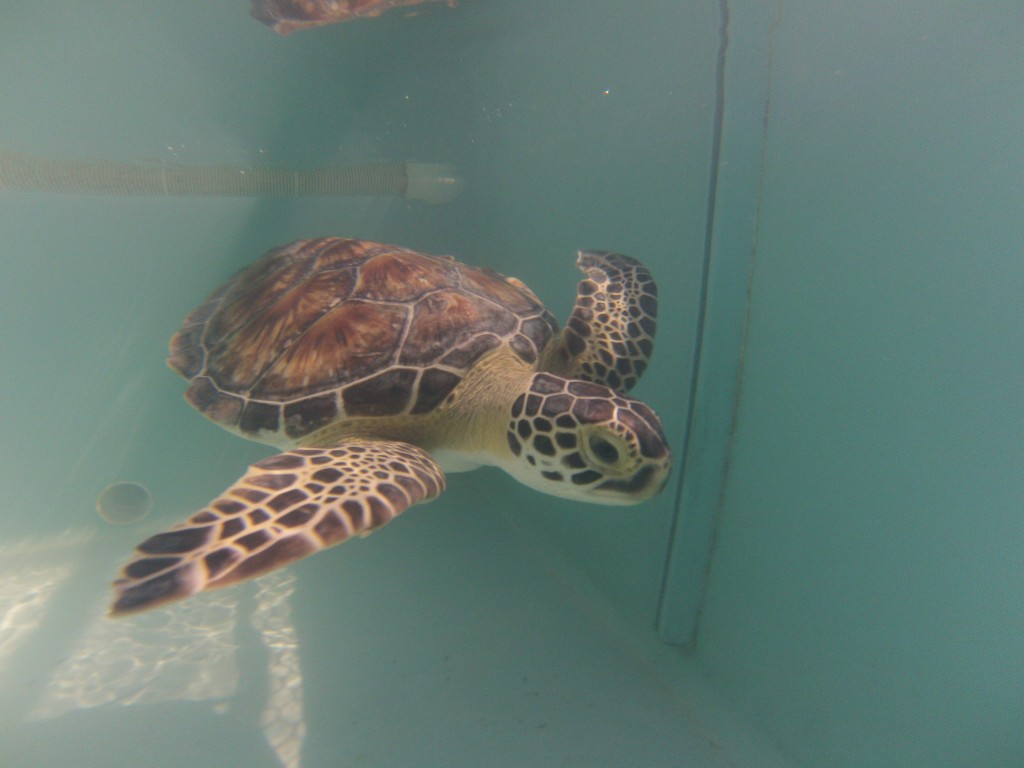