Green sea turtle Franklin was found floating in the seagrass beds of Long Key State Park. Hospital staff kayaked out and floated Franklin back 60 yards in waist-deep water. Franklin, weighing in at 221 pounds, made no effort to swim away from his rescuers. Once back at the hospital, it was noted that Franklin had two large shell wounds and some smaller shell cracks, indicating that he may have been hit by the hull of a boat. He was treated with antibiotics and vitamins over his two-month stay. Franklin was brought back to Long Key State Park and released by the Berry family, who originally spotted and helped to rescue the injured turtle. 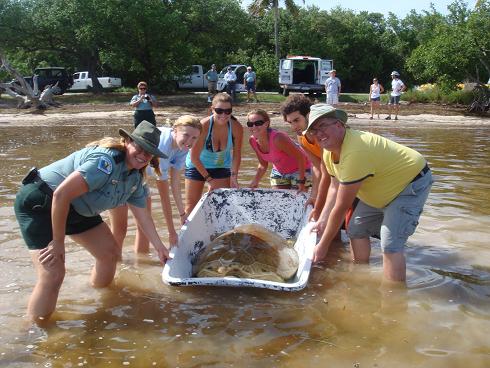