Do you know where a sea turtle goes after rehab?  Join us this Friday, July 17th on Sombrero Beach at 10:00 a.m. for a very special public sea turtle release!  Aaron, a sub-adult loggerhead sea turtle will be released back to the wild, fitted with a satellite transmitter as part of Tour de Turtles 2015!  You will be able to follow Aaron’s track online! 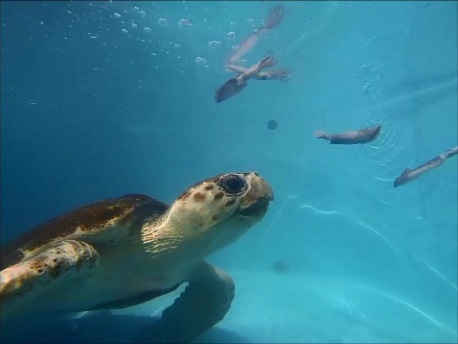 Aaron was rescued in March out of a marina in Key Largo’s Angler’s Club where a boat captain found him floating.  Aaron was emaciated and covered in epibiota.  A rehabilitation specialist picked Aaron up in the turtle ambulance and took Aaron to the Turtle Hospital for treatment.  Radiographs revealed Aaron suffered from an intestinal impaction and lab tests showed Aaron had a heavy load of internal parasites.  Aaron’s treatment plan included broad spectrum antibiotics, anti-parasitic medications, lactulose, vitamins, and a healthy diet of squid and fish.  Aaron has gained over 20 pounds, is swimming well, and free of internal parasites.

Aaron will be fitted with a small transmitter on Friday morning before heading to Sombrero Beach.  Aaron will arrive in the turtle ambulance at 10:00 a.m. and will be released back to his ocean home at 10:30 a.m.  Please bring your family and friends and join in the fun of Aaron’s journey back to sea!  After Aaron’s release, you can track his route online at  http://www.tourdeturtles.org. 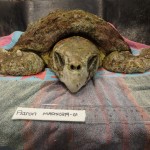 Aaron when he arrived 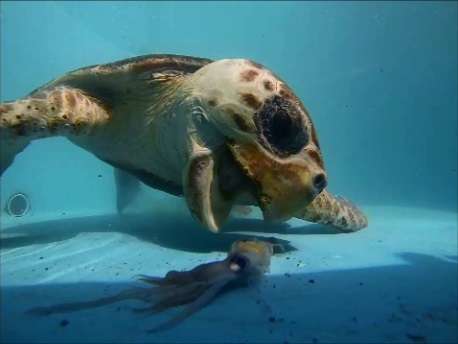