Lola and Number 3 came to us on March 13, 2011, from Brevard County, where they had a rash of little lethargic green sea turtles and ran out of rehab space. Lola was found floating near Cocoa Beach, and Number 3 was found upside down washed up on the beach at Patrick Air Force Base.

We gave them lots of TLC here, and they recovered quickly from a likely infection.  Lola also had a healed but broken right front flipper, with the end hanging uselessly and in her way, so we were able to cut it off to streamline her swimming ability. Number 3, in spite of his size, became a rather difficult patient to catch as he darted around his tank.

They both were taken back to Brevard County for their release by Sue Schaf of FWC on May 24, 2011.  These two little greens were the first turtles released for new manager Jo Ellen Basile (pictured below with Lola and Number 3).  These cute little turtles swimming energetically in their tanks will be missed by all. 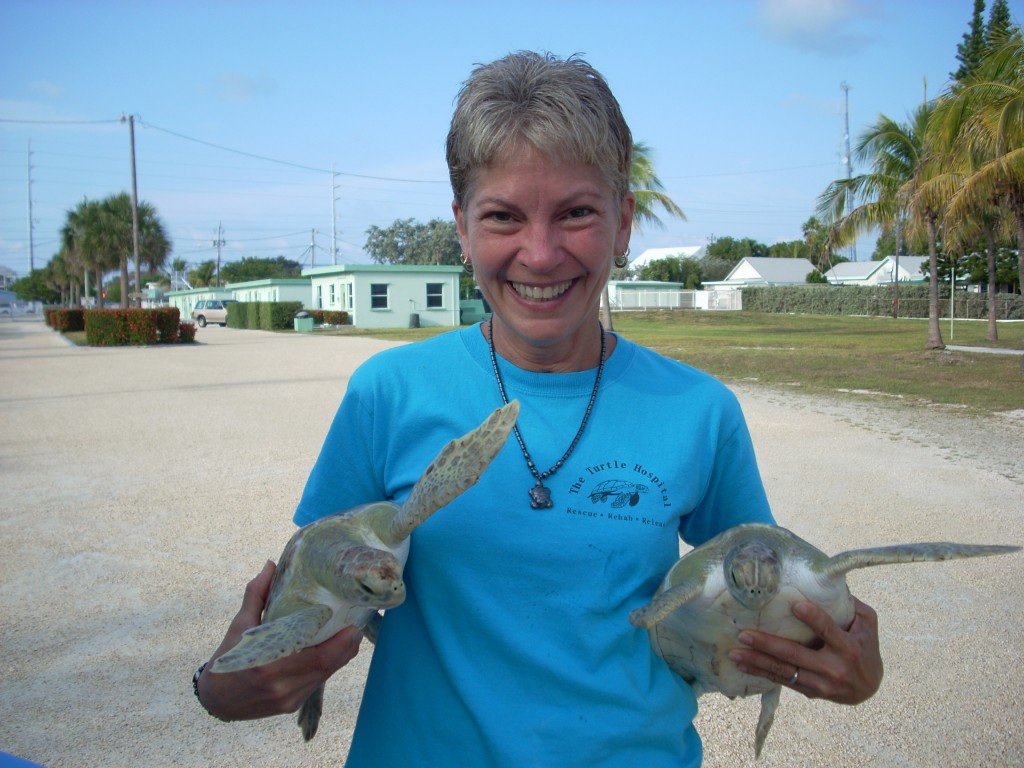