Home  » Rescues » A Bit of Luck for Felix

A Bit of Luck for Felix

It was a very exciting day for rescuers of a 205lb. Loggerhead on Tuesday, June 7th! It all started with the Bone Family who were on their last day of vacation, trying to catch a little bit of sun after a long week of rainy weather, when they spotted a big turtle beached on a sandbar. They could see the turtle lifting it’s head for air but it couldn’t seem to move so they became worried.

After receiving the call for help, Bette and Matt hopped in the ambulance and made the drive to Vaca Cut, a channel just 10 minutes north of The Turtle Hospital. Since the turtle was so close to Captain Hook’s Marina, Bette and Matt asked them if a boat was available that could give them a lift to the mouth of the channel where the turtle was beached. The guys at Captain Hook’s immediately agreed and within minutes Captain Justin had The Turtle Hospital team on site. 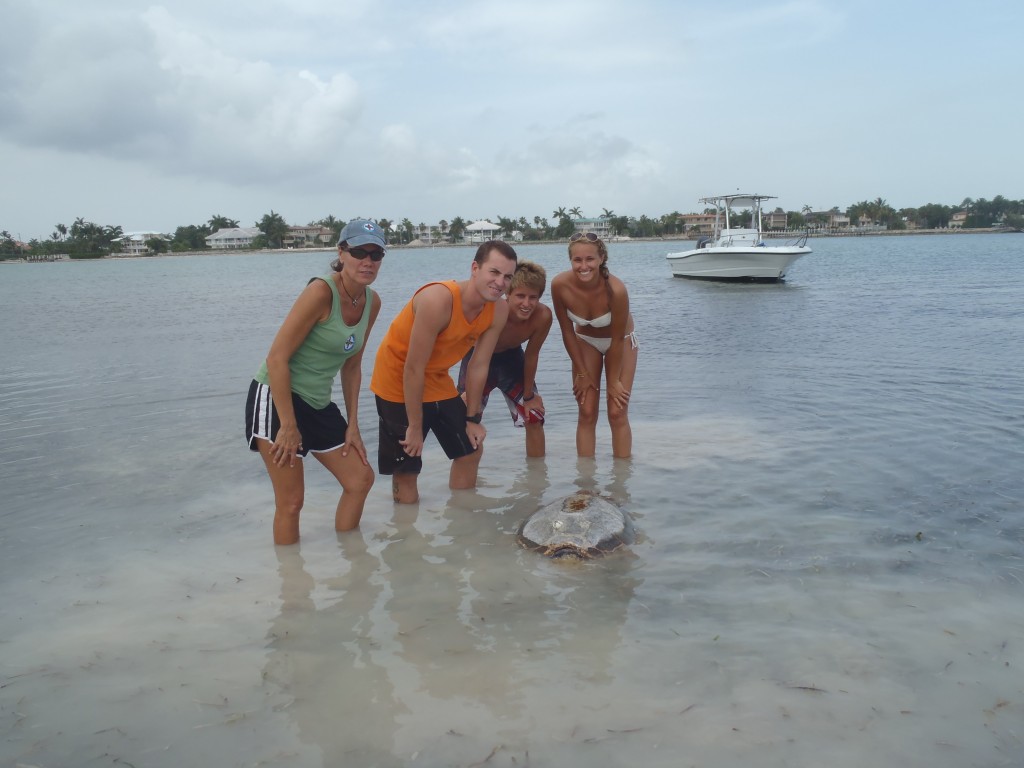 The Bone Family was able to keep an eye on the turtle, nicknamed ‘Felix’, and made it easy to locate him once we arrived. Together, we all walked out to the giant turtle who seemed very lethargic but was responsive at least. It was an adult male Loggerhead with several severe prop strikes to the head. The group created a sling and slowly towed the motionless turtle to the boat. After some creative thinking, he was loaded onto the back of the Bone’s boat and tied tight for the quick ride back. 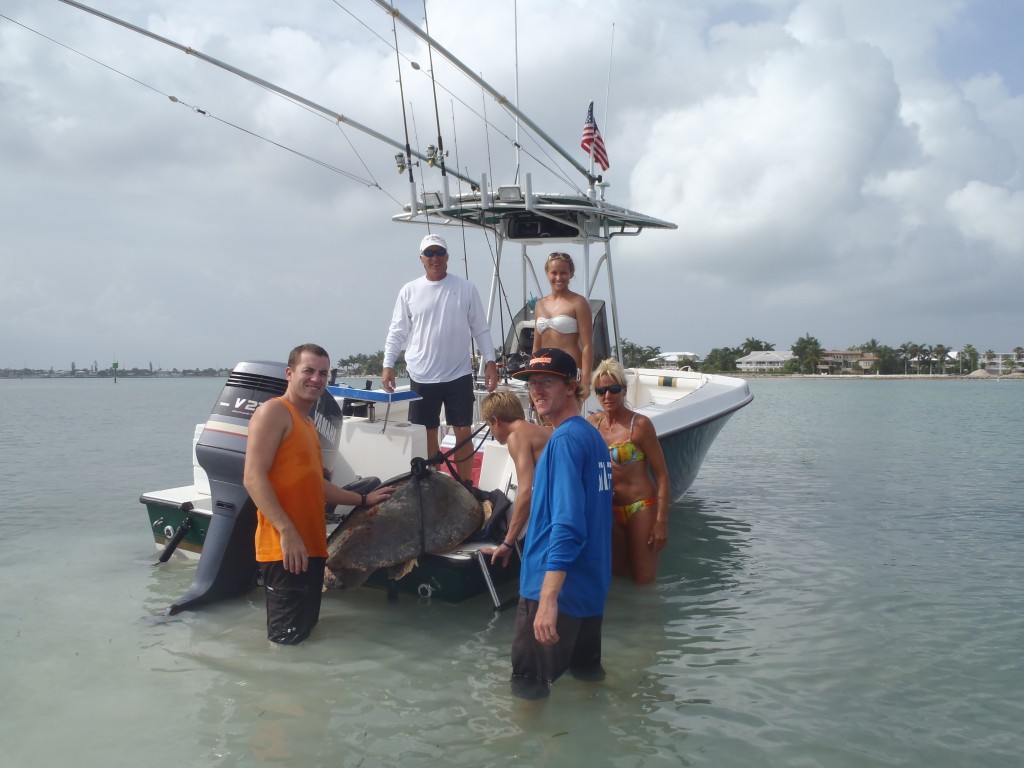 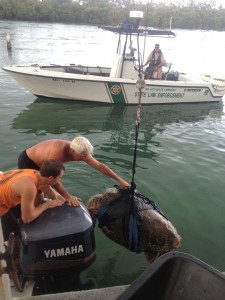 Likely the biggest obstacle of all would be lifting the the turtle five feet onto the dock. After some discussion, a large stretcher was pulled from the ambulance where Bette, Tom, and Matt fixed it underneath Felix. Time was running out as some black clouds started to form overhead and thunder started to rumble. Working quickly, Tom was able to tightly rig a rope through the harness ropes where it was hooked to a crane worked by staff members of Captain Hook’s. At last, Felix was heaved onto land where everyone was all smiles and sighing relief after a great team effort. The Bone Family decided to name him Felix, Latin for ‘Lucky’. 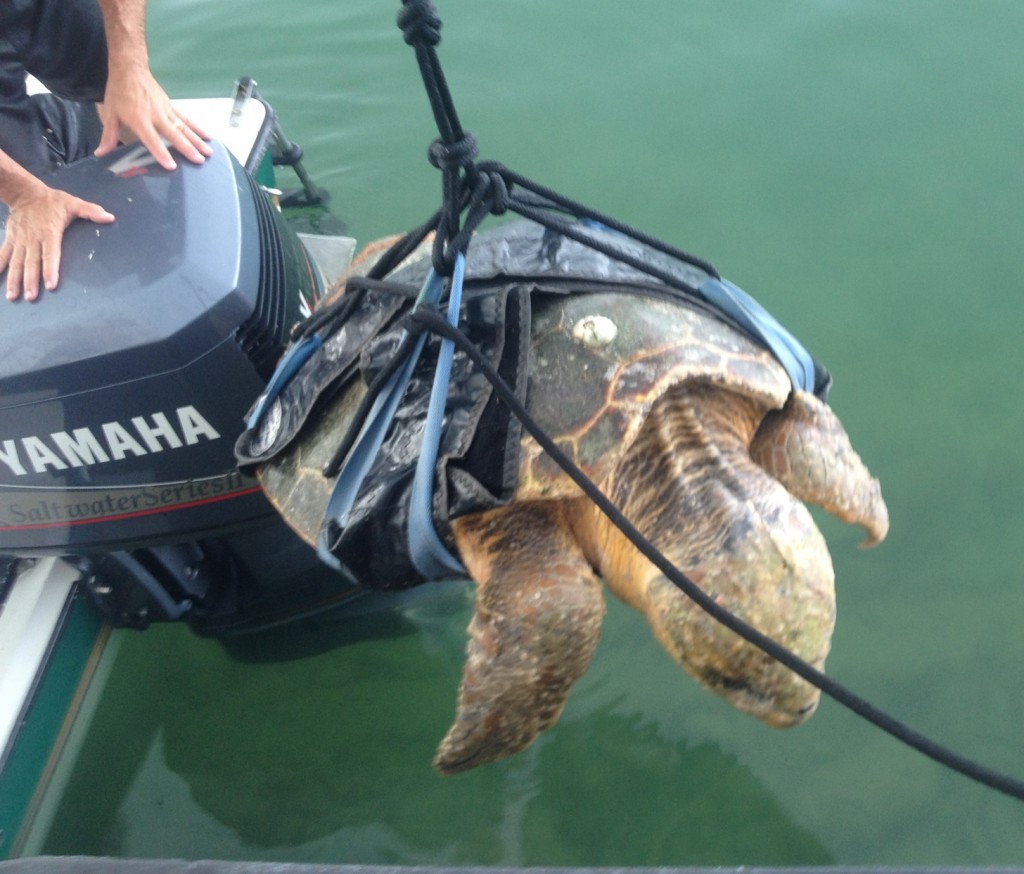 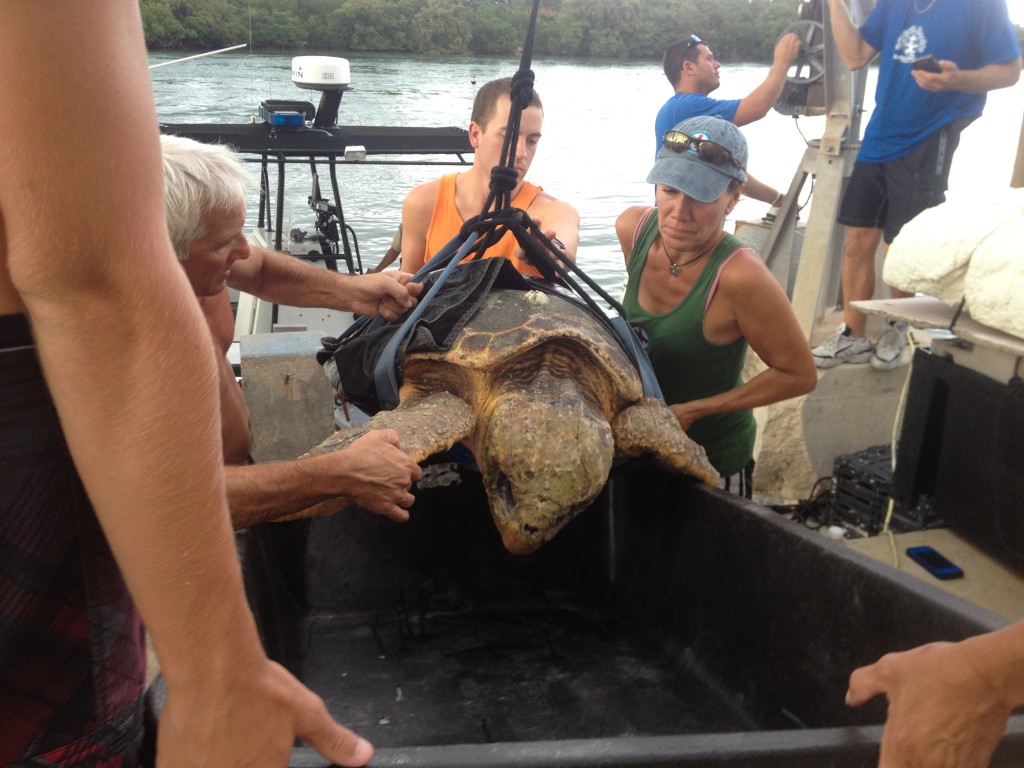 Felix was stabilized at the hospital and appears to be severely dehydrated for which he is already receiving fluids and medication. At this size, Felix is at least 30 years old but is likely much older due to the large size of the head. Unfortunately aging sea turtles is very difficult and we can only roughly estimate. We hope it will be a quick turn around for this ancient looking turtle, keep posted for updates on Felix’s progress! 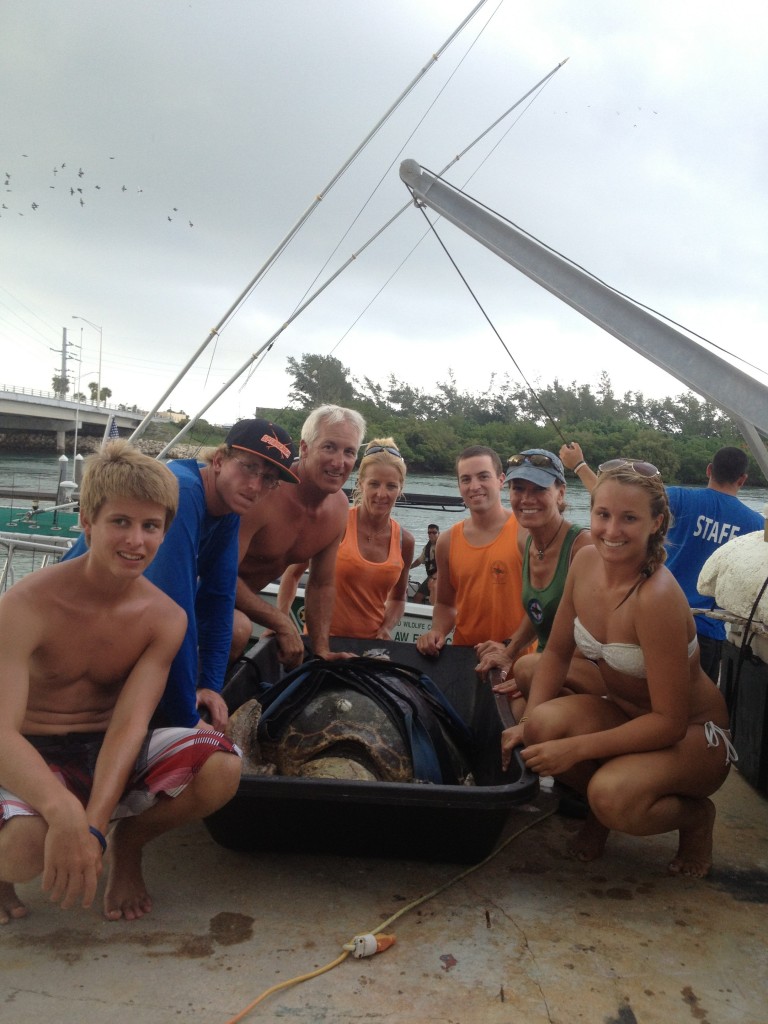 It takes a lot of team effort in order to safely rescue a big turtle like Felix, we could never do it alone. We are so thankful for the dedication of the Bone Family and the staff at Captain Hooks for their efforts to help Felix! 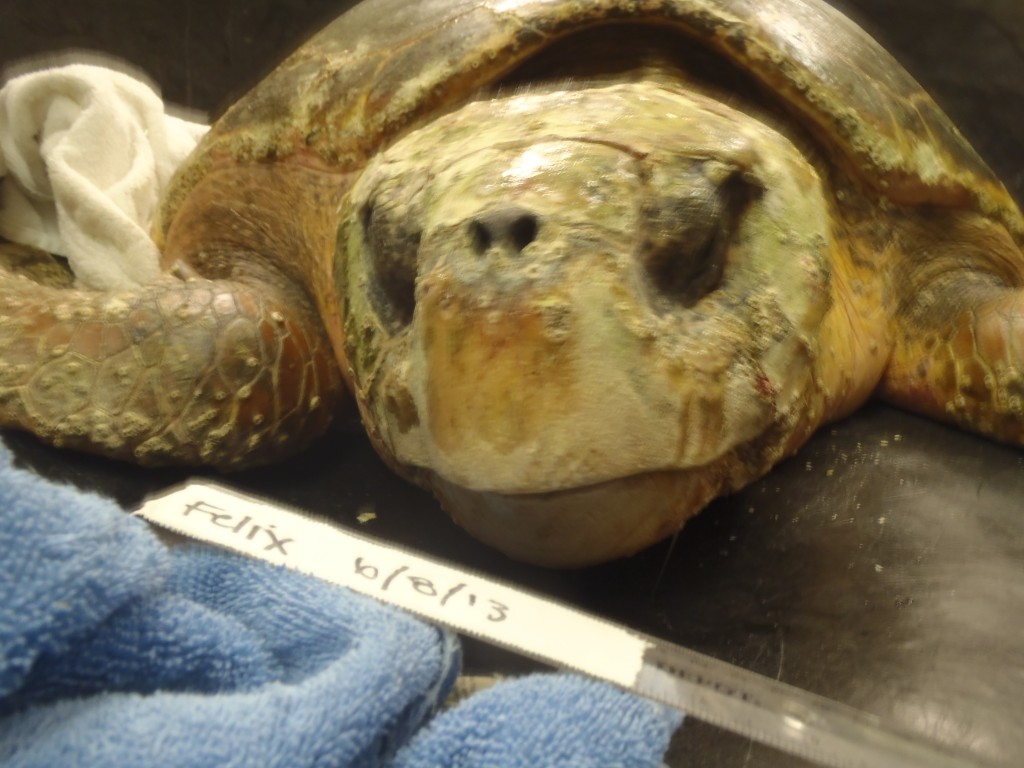