Join Us For Chelsea’s Release!

The Turtle Hospital is excited to announce a public sea turtle release on Saturday, July 13th at 10:30 AM.  Please join us on the north beach at Bahia Honda State Park, as we cheer on Chelsea, a sub-adult loggerhead turtle.  Chelsea was rescued off of Big Pine on May 12th where she was found floating. 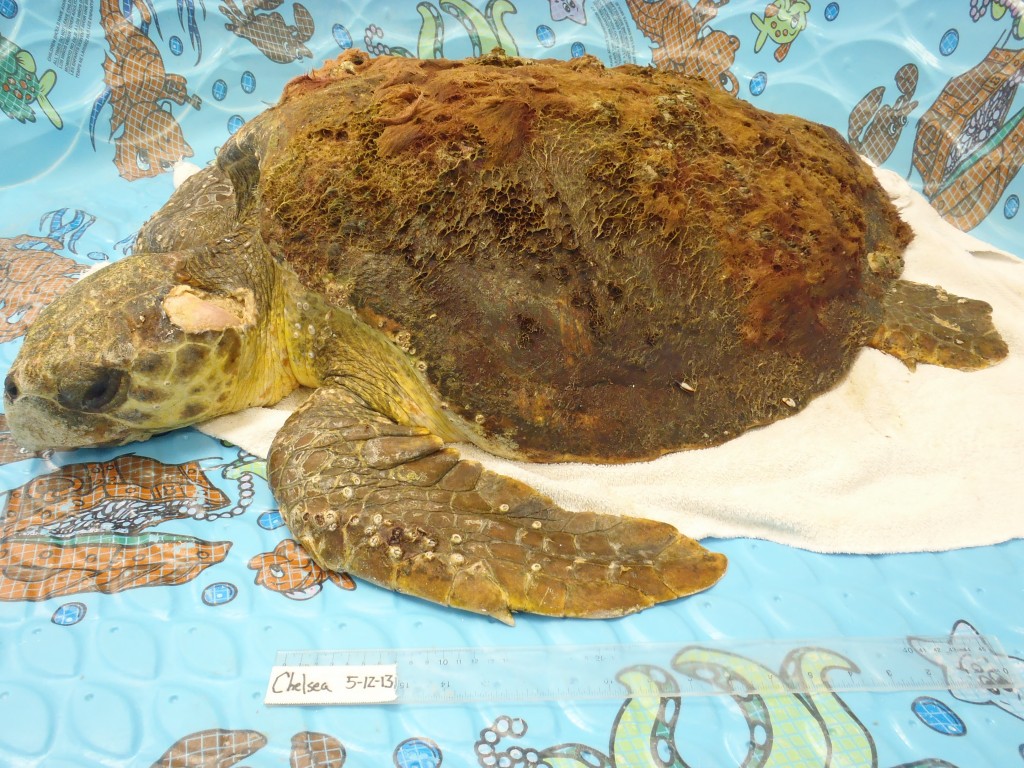 Chelsea was suffering from an impaction and had been floating so long that her shell had rubbed through to her skull.  When a turtle has an impaction, an infection is growing in their intestinal tract. The infection causes gas to build up which compromises the turtle’s buoyancy and causes the turtle to float. She was treated with antibiotics, and our miracle drugs: lactulose and beano to help alleviate her impaction.  Chelsea’s head wound was treated with natural honey and has filled in nicely. She is now fully recovered and diving well.  Chelsea can’t wait to go back to her ocean home! 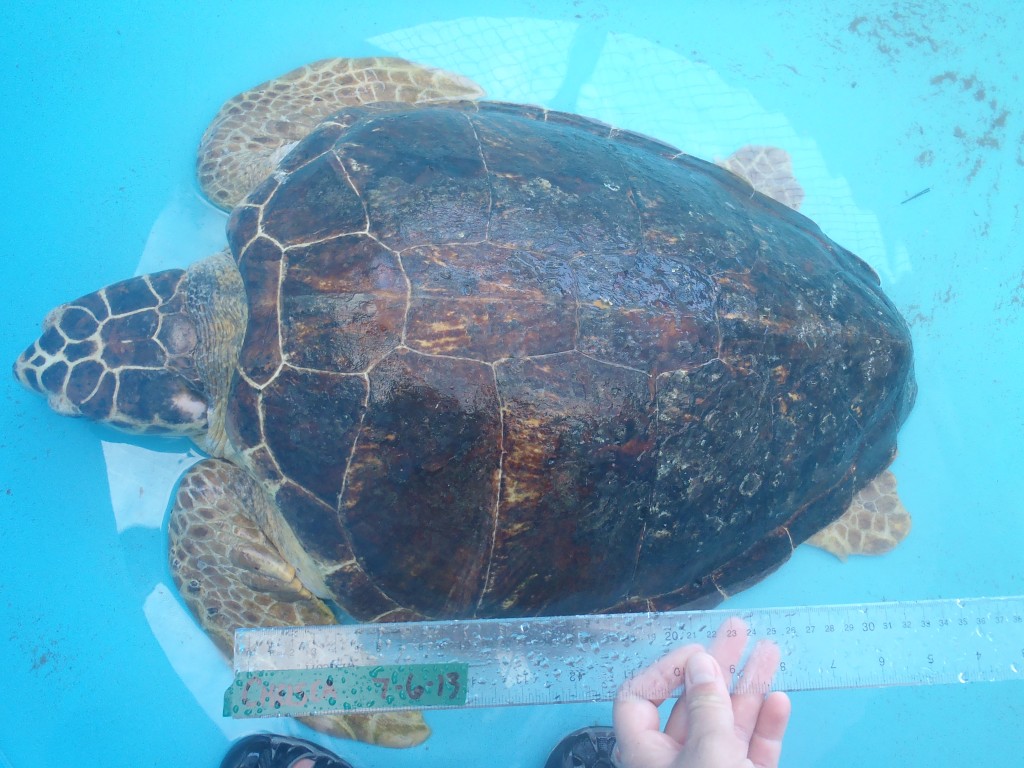