Home  » Uncategorized » And the winner is…..

And the winner is….. 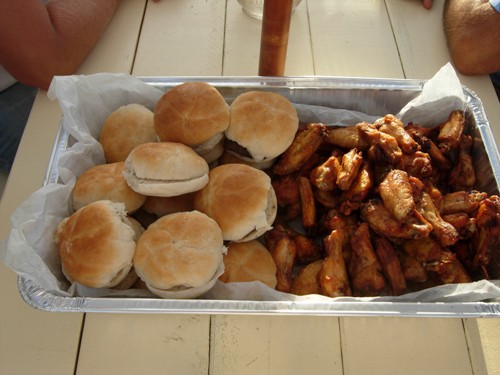 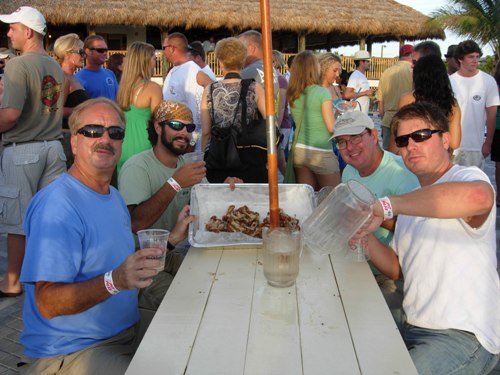 Fifteen teams took part in the challenge to devour 75 wings, 15 sliders, and 2 pitchers of beer, some with bigger appetites and ambitions than others. A record time was set by the FAU offensive line team, coming in just over 7 minutes while other teams, such as The Island Restaurant and Tiki Bar team, scored for the fastest team member to “lose his lunch”. The event was a huge success and a great time was had by all that attended. Over $1900.00 was raised, and all proceeds went to benefit The Turtle Hospital in Marathon. 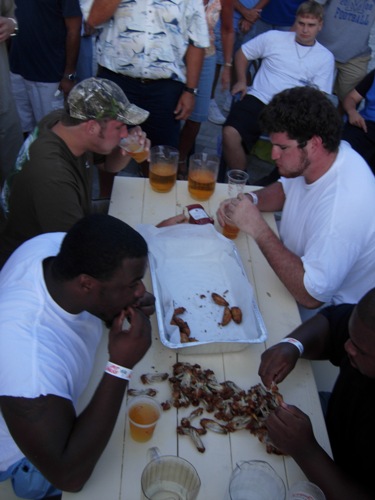 The Turtle Hospital would like to express their most sincere gratitude to Captain Hooks Marina with an extra special thanks to employees Ryan Schrassenberger and Elisa Davies, whom organized the event. Chappy’s Steak and Seafood generously donated not only their waterfront property, but all food for the competition. The Turtle Hospital would also like to thank Collector’s Corner, Winn Dixie, Key Custom Rod, and Gold Coast for their generous contributions. 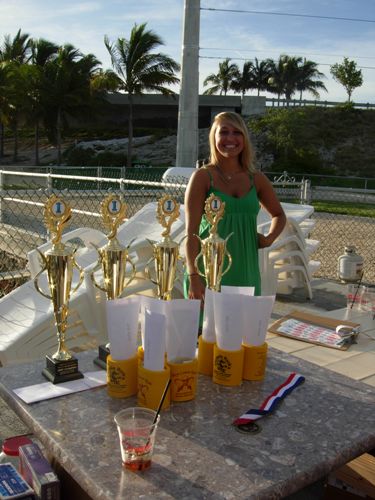