Brandy II, a 160 pound female Loggerhead, was rescued from Fort Zachary Beach in Key West. She was on the beach nesting when bright lights left her disoriented. She remained on the beach until the early morning where she was spotted confused in the sand. Luckily Brandy II had already successfully nested that evening. After a brief observation period at the hospital Brandy II was released on the same beach she was rescued on only a few days later. Hundreds of onlookers stopped by to wish her well and show her support. 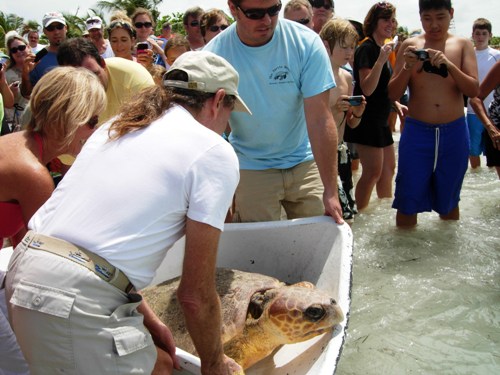 Female sea turtles nest every 2-3 years and often lay 4-10 clutches of eggs every season. Hopefully this nest won’t be Brandy’s last this season!