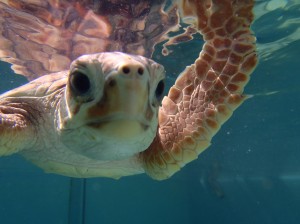 Our young Loggerhead ambassador marks one year of hatching out of his nest today! Zippy hatched in Boca Raton, FL and was retrieved for a sex ratio study in which it was learned that he was a boy. This study is important for determining the temperature at which an incubating egg becomes male or female. Now a days, Zippy teaches everyone about the threats to sea turtles here at the hospital and all over the Florida Keys at events, festivals, and schools! Zippy hatched from an egg the size of a ping pong ball and now weighs in at just over 2lbs.! When his shell length reaches 45cm he’ll be released! 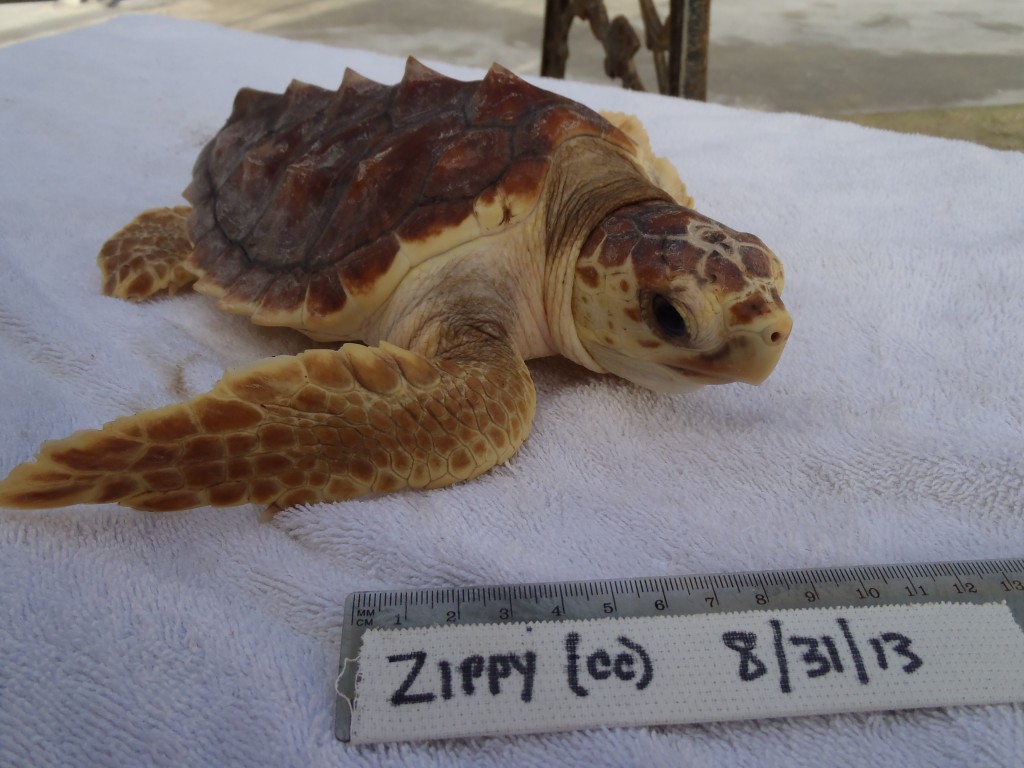