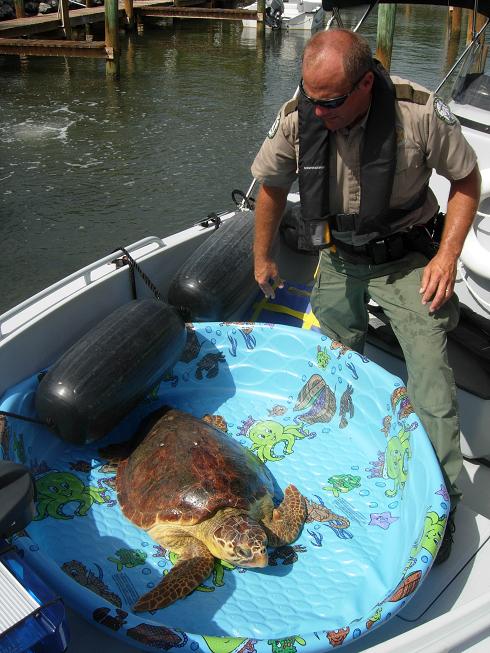 Iain, the loggerhead sea turtle who was brought to The Hospital just one short month ago, has been released! Iain had a small Fibropapilloma tumor removed from his left flipper but was otherwise very healthy. The Turtle Hospital staff decided it would be better if Iain was released as soon as possible. His release was filmed by The Discovery Channel as part of the Planet Green series! With assistance from FWC and The Turtle Hospital Director Richie Moretti, Iain was released on July 31st just off Long Key State Park.