Home  » Uncategorized » Inside Out

Wilma, a nearly 200 pound adult female Loggerhead, has been at The Turtle Hospital for 9 long months after being rescued October 25th 2009. Wilma had been found wrapped in fishing line and had sadly ingested multiple j-hooks which were now lodged in her intestinal track. Turtle Hospital staff assisted Wilma in passing the hooks by adding vegetable oil to her diet which acts as a safe and natural laxatives. Once the hooks reached the lower intestines staff volunteer veterinarian Dr. Doug Mader suggested surgery to remove the foreign hooks. 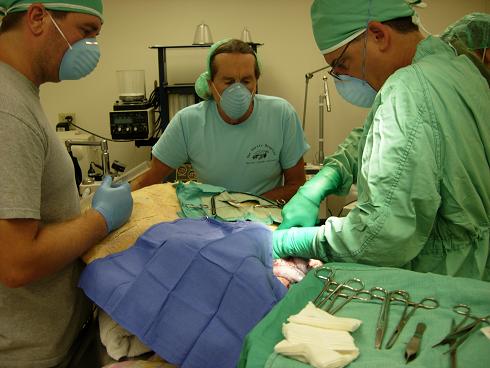 The difficult procedure was performed on July 13th by Dr. Mader, and assisted by intern Jason and Turtle Hospital director Richie Moretti and administrator Ryan Butts. Dr. Mader was able to remove the portion of the intestines which contained the hooks through a small incision in the soft tissue under her rear flipper. Surprisingly, in addition to two fully intact j-hooks, 3 feet of monofilament fishing line was also removed during the surgery! 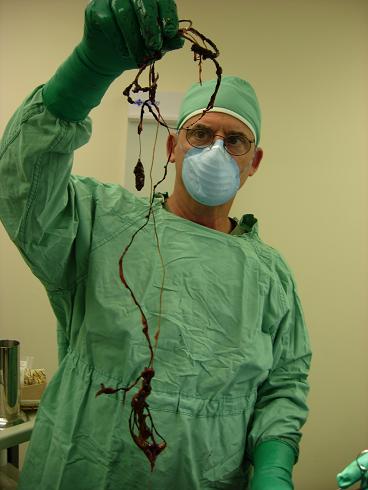 Wilma is currently back in her tank recovering and will be released back into her ocean home soon!

Wilma grows stronger everyday and is happily eating offered squid. Her surgical site continue to heal nicely and staff is optimistic that she should be returning home in a few short weeks!