Izsak, an adult Loggerhead, was brought to the Hospital with lobster trap line wrapped around one of his rear flippers. He is named after one of his rescuers, Jill Izsak of the FWC, who helped bring the 190-pound turtle in. Occasionally, turtles come in with trap line wrapped around their flippers because they move their flippers in a circular fashion when they swim. This circular motion tends to cause the trap line to wind tighter and tighter as the turtle struggles to free itself. 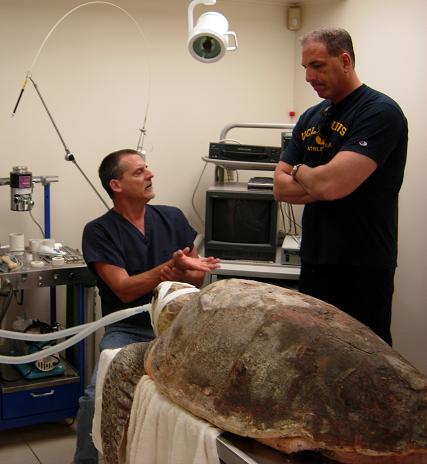 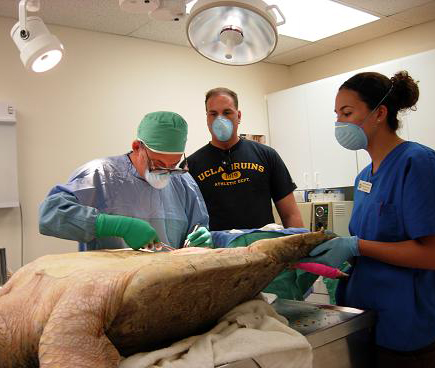 Izsak required surgery to amputate the severely damaged rear flipper. However, sea turtles are usually able to swim just fine even if they are missing a flipper. Izsak will spend a few more weeks at the Hospital for observation.

Much thanks to Doctor Doug Mader and staff who donated their time off from the Marathon Veterinary Hospital to perform surgery at The Turtle Hospital!