A concerned boater contacted the Turtle Hospital to report a turtle, 2 miles west of Key West, that was entangled in a trap line. Coast Guard Station Key West was contacted and they sent a boat to the provided GPS coordinates to confirm the entanglement and then transported Turtle Hospital staff to the location..

The adult female Green sea turtle had trap lines from two crab traps tightly wrapped around the remnants of her left front flipper (only about 4 inches of bone remained, the rest of the flipper having been cut off by the trap lines). She was anchored by the two traps and would struggle to the surface (having to pull up the traps) to breath. 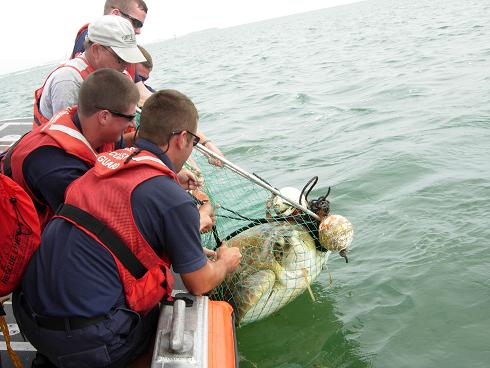 Margarita (named by the boat crew) was netted and with some difficulty, the 270 pound turtle was brought aboard. 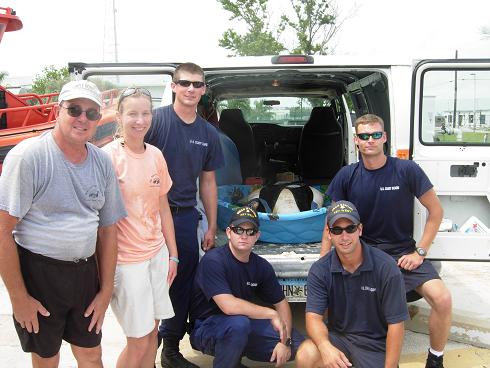 Much thanks to Coast Guard Station Key West for their help in saving this endangered specie.

Surgery will be perform to amputate the remaining bone and to close the wound. 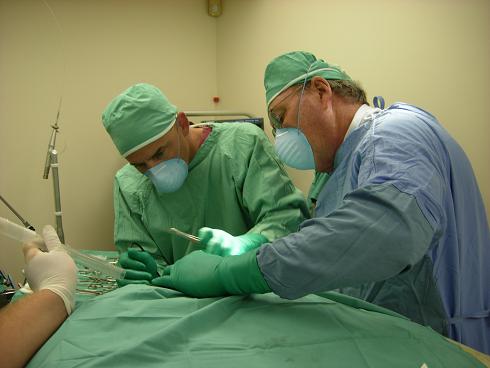 An ultrasound was also performed to determine if Margarita was carrying any eggs (she was not). 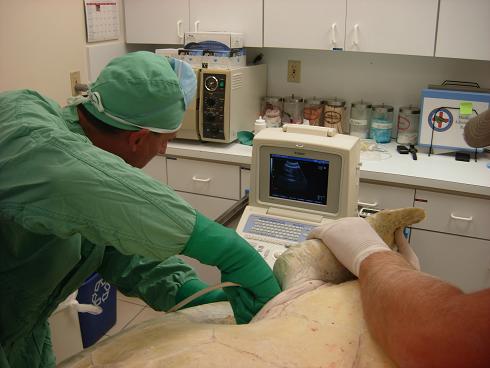