Last March, a sub adult Loggerhead sea turtle showed up at the boat basin behind the Turtle Hospital. Kincaid was not acting normal and was captured and given a physical. It was determined the turtle had an infection and was very emaciated and weak. After 2 ½ months of antibiotics and large helpings of squid, the infection was gone and Kincaid had gained over 10 pounds. 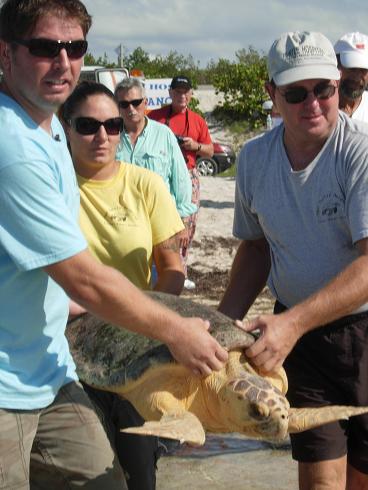 Kincaid was released at Veteran’s Park on Little Duck Key. Fox News showed the release live on Fox and Friends and about 100 well wishers attended. Thanks to all that turned out and showed their support.

Click on following link to view Kincaid’s release that was shown live on Fox and Friends: